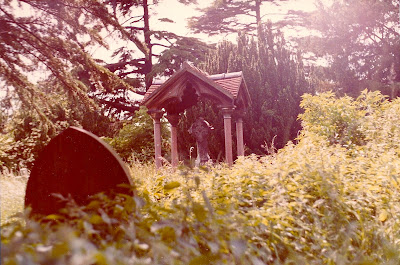 I know a couple of (fairly elderly) people who are terribly worried about the format of their own funerals. One, particularly, has about half a dozen sheets of paper scattered around friends and relations, giving precise instructions over which hymns will be sung, what organ music played, what readings read, burial or cremation and all the rest. She has gone for such redundancy because she is very worried that someone will lose the instructions and the funeral won't be as she wants it to be. Frankly, my dear, I don't give a damn. And I don't know why anyone else does either.

In the end, a funeral is for those left behind, not for the deceased. Whether you believe the individual concerned has gone to heaven or is simply dead and gone, either way, they aren't there to appreciate the  finer points of the service, or get irritated if the organist uses the wrong tune for 'Guide me O Thou Great Redeemer.' (It should be Cwm Rhondda, of course.)

I similarly have no understanding of why families get so upset when, say, an internal organ of a loved one has been retained in a lab by accident and they go to all the trouble of having it interred in the grave. It's not the person. Why worry? A bit of a body isn't a person. (Taken to the extreme, we would collect hair and shed skin and nail clippings too.)

I can only assume my attitude, which clearly is not the norm, comes from a combination of being very mildly on the autistic spectrum, combined with family tradition. Neither of my parents have a grave. Nor do my father's parents. If I wanted to commune with them after death, I would want to go somewhere that meant something to them, somewhere special - or to touch something they were very fond of. As far as I am aware, neither of my parents had an affection for cemeteries, nor for gravestones, so why should I go to such a place, or talk to such to a piece of stone they never saw?

It's not for me to say that other people should be the same as me, especially on such a strongly felt topic, but I really, genuinely don't understand what all the fuss is about. It's not that I don't understand how traumatic it is to lose a loved one - of course I know why that is a big deal, and with both my parents dead, I have experienced the pain of loss firsthand. But I don't understand the obsession with laying down details of your own funeral, or worrying about where a loved one's body or ashes are interred.

We say to children when preparing them to face a coffin, 'It's not the person, it is just what is left behind.' But we don't seem to believe the message ourselves.