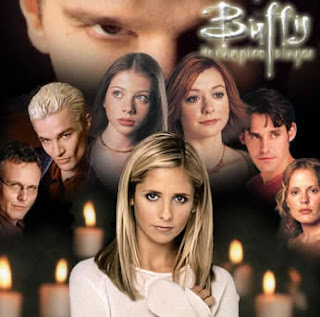 I'm a huge fan of Buffy the Vampire Slayer. (If you don't know the show, I'm not being sarcastic - I genuinely think it's one of the best TV shows ever made.) When I first got into it, my wife was highly suspicious that it had something to do with attractive young female cast members - but when she watched it herself she was quickly hooked on the combination of action, humour and superb dialogue.

Something Joss Whedon, the creator of Buffy, was always trying to do was to push at the conventions - and one of these was the matter of the superhero's day job. Clark Kent just isn't realistic. Being a success at anything else when you're busy saving the world isn't practical. It seems entirely reasonable that, like Buffy, a superhero would be bad at school and end up in a dead-end job (in her case, in a burger bar). It's just so right, and full of true dramatic irony.

So my suspicion is that the 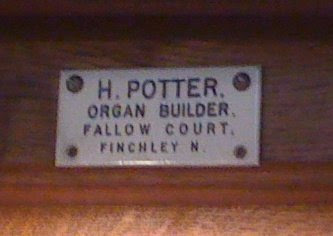 jolly ending, tacked on to the Harry Potter series of books, lacks verisimilitude. I think Harry would end up in an unlikely job. Not necessarily mundane, but unlikely. So I was pleased to find confirmation of my theory in the pretty little church of All Saints', in Liddington in Wiltshire. There on the organ, for all to see, was the truth of Harry Potter's career prospects.