On the Evolutionary Road to Damascus 2 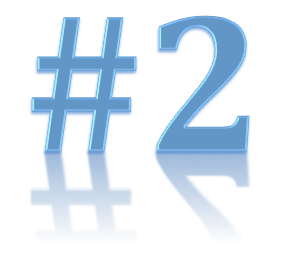 My original blog at Nature Network is due to disappear fairly soon, so I thought I would bring back one or two old posts. This week I am re-visiting a brief series of posts on evolution and the alternatives from 2008:

This is the second in my series of linked blog entries on my experience of being converted (or not) to intelligent design.

The first of the books I read was What's Darwin Got to do with it? by Robert Newman, John Wiester and Janet and Jonathan Moneymaker (I just love the polarity of the comments on Amazon). I mostly started with this as it was in friendly cartoon form (not unlike one of the Horrible Science books) so seemed a good way to pick up the main themes quickly.

I'm going to start with two points from here: what labels to use, and whether intelligent design has any scientific legitimacy.

The book is in the form of a friendly debate between two professors, and they start by ditching the terms creationism and evolution, in favour of intelligent design and darwinism. I half agree. They dump creationism because it's a loaded term, making you think of a young Earth, only 10,000 years old and a literal creation in six days. This, they imply, is garbage. So we'll adopt the less loaded intelligent design. Fine.

They dump evolution because they don't dispute the evolutionary process by natural selection on a small scale. Fine so far, but I can't accept the substitution of darwinism. To me, the 'ism' makes it sound like a religious belief - one of a strictly godless world where everything is mechanistic. That too is a loaded term. So I can't go along with the book here. I'll use a new term, evolutionary design (where the D word is in implied inverted commas), to encompass the full panoply of evolution.

Now some would say, there's no need to dispute this at all. It's 'obvious' that science shouldn't even consider the possibility of intelligent design. But I'll go along with the book in saying this isn't a good scientific viewpoint. You don't dismiss things arbitrarily because they are different. Of course this doesn't mean you can examine everything - nothing would ever get done if I expected equal time to be given to the great green Arklseizure theory, for instance. But intelligent design is rather less bizarre.

Specifically, I'd say intelligent design deserves examination, because it's a theory that works quite well be inference. This is, of course, Paley's 19th century argument about finding a watch and inferring a watchmaker. While this doesn't prove anything, it makes the concept worth considering. We can't dismiss inference in science - almost all cosmology is based on inference one way and another, for instance.

Note that this does NOT mean I accept that intelligent design should be taught in schools. There are lots of alternative theories that shouldn't come into the curriculum (e.g. alternatives to the big bang) because there just isn't time, and it's confusing at the level it's taught. Same here. The curriculum should mention that all scientific theories are current best understanding and likely to change, but should not waste time on the alternatives. However, the quite logical inference protects ID from being instantly discarded.

At this stage, then, 1 1/2 points to the book, 1/2 a point against it. In the next post I examine the key arguments and decide whether this book has changed my thinking.