On the Evolutionary Road to Damascus - 5 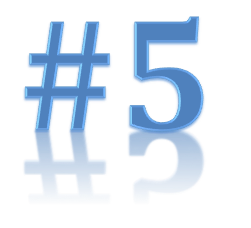 This is the fifth and last in my series of linked blog entries on my experience of being converted (or not) to intelligent design.

The final evidence provided to me is from the DVD 'Where does the Evidence Lead'. Like my first source, the book "What's Darwin Got to do with it?": this is a calm, reasoned argument for intelligent design, rather than a religious rant.

I don't think the DVD provides any additional arguments, going over the same material slowly with pictures. Once again, I am convinced that the reasonable inference argument means that ID needs at least considering, but that there just isn't enough evidence to unseat evolution.

This DVD majors on the bacterial flagellum as impossible to explain without design. We are told that no one can explain how the various different components could have evolved, as none is useful independently. Unfortunately, it appears that the only source for this assertion is the champion of the motor, Michael Behe (who appears prominently on the video). There are good examples already of many of the components of the flagellar motor in action elsewhere. This was highlighted in the 2005 Pennsylvania court case.

So, sadly, nothing more added here.

The outcome of my trip through this material? I am more sympathetic to intelligent design than I was. Because I know it has been used as a 'stalking horse' by some creationists I was suspicious of it, but frankly this is an ad hominem attack, which was unscientific of me. It doesn't matter why someone puts a theory forward if it has some merit.

There is enough  in nature that is suggestive of design to make it worth investigating as a scientific thesis - however, there appears to be no good evidence to accept the design theory, and everything to stick with evolution. This doesn't mean evolution shouldn't be challenged - it always is being - and it doesn't mean we can rule out design - but it has to remain a minority theory to be kept in mind but not in a fit state to challenge mainstream thinking.

POSTSCRIPT - When I thought I was finished, a book called Dissent over Decent dropped onto my review pile. Subtitled 'intelligent design's challenge to darwinism' I thought it might give me a final conclusion. Unfortunately it's a philosophy (or possibly sociology) of science book, so very woffly and intensely dull. I think its conclusions were that both ID and evolution are scientific theories (in that they try to offer an explanation for the existence of something), but both are bad science (because neither can offer any useful predictions about a specific species etc.) So I got nothing useful here, apart from reinforcing my prejudices about philosophy/sociology of science - but that's a whole new debate which I will leave to another day.