On the Evolutionary Road to Damascus - 3 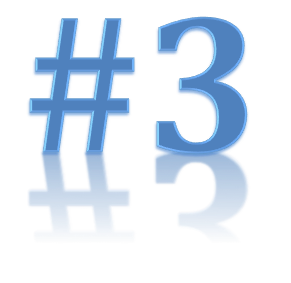 This is the third in my series of linked blog entries on my experience of being converted (or not) to intelligent design. Here I present the key arguments from the book What's Darwin Got to do with it? by Robert Newman, John Wiester and Janet and Jonathan Moneymaker, and how I respond to them.
Apart from my factual queries, what isn't mentioned anywhere is the sheer timescale available for evolution to do its work. Between the 1950s and 1990s, the Russian geneticist Belyaev selectively bred Russian silver foxes for docile behavior and showed just how early man may have turned the wolf into a dog. In just 40 years he got from a fox to something very close to a dog. Imagine what you could do in a billion years.

The other missing argument is the remarkably large overlap in the information content of DNA between different species. It really doesn't take too many changes to provide a change of species. [Added: and also there's the fundamental error made over and over again by those who query evolution, which is failing to recognise that evolution never sees a change of species from one generation to the next. Every individual is the same species as its parents, but paradoxically it is still possible to change over time. Divide a rainbow into billions of colours. It goes all the way through the colours yet each of your colour 'pixels' is indistinguishable from the previous one.]

Overall, then, I feel we need to take ID seriously, unlike creationism, because there is reasonable inferential evidence that is worth considering. And I will stop using the 'bad design' argument - that's not a scientific argument. (In my original post Stephen Curry queried this, but as I pointed out, 'bad design' is a theological argument. If we take ID at face value the designer does not have to be infallible.) But going on what this book can tell me I'm not persuaded that there is any reason why we couldn't see the changes an evolutionary model implies producing the variety of animals and plants we see today.

P.S. On my original post Bob O'Hara kindly listed these answers to my points above: