On the Evolutionary Road to Damascus - 4 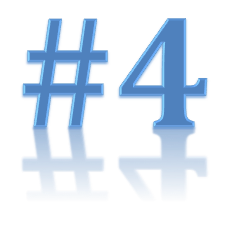 This is the fourth in my series of linked blog entries on my experience of being converted (or not) to intelligent design. I had intended to do much the same with the second book as I did with the first - give a quick summary of the book in a first post, then analyze the key points in the next, but in this case there will be only one post about the book, for reasons that I think will become obvious.

As the other books in the series show, this title really doesn't contribute to my journey, because it's not a science book, it's a religious book. A fair amount of its arguments are based on biblical quotation - important to many, but irrelevant to this discussion.

All in all, the book left me feeling more than a little queasy. Perhaps the best example of how it got things horribly wrong is it gives three examples of the evil that 'darwinism' is responsible for. This came close to self parody, because in every single example you could change 'darwinism' to 'Christianity' and make as much sense. According to Ron:
I really can't go on with the contents of this book, which has a 'young earth', world created less than 10,000 years ago in six literal days viewpoint. If its viewpoint were true, it seems to accept that we are dealing with a God who maliciously did things to fool us, like set light from the stars in motion part of the way here, so it appears to be coming from further back in time than it really is. (The author agrees this is an unacceptable picture, so it must be wrong, but doesn't provide an alternative explanation.)

I can only end with a quote from a review of one of Ron's other books: 'This is an uneducated author in biblical research and church history, not to mention a person with an already established agenda which will not be deterred by the facts.'

This book hasn't changed my opinions at all - but then it's not surprising, as it regards even Intelligent Design as suspect. This isn't a science book, full stop. So, in my next and final post on the subject, I come to the last of the evidence I've been presented with - a DVD.