One of the greatest mathematicians of all time, Carl Friedrich Gauss, was painfully dismissive of the good old story that Newton dreamed up his theory of gravitation when an apple fell on his head. Gauss remarked:

Silly! A stupid officious man asked Newton how he discovered the law of gravitation. Seeing that he had to deal with a child intellect, and wanting to get rid of the bore, Newton answered that an apple fell and hit him on the nose. The man went away fully satisfied and completely enlighted. 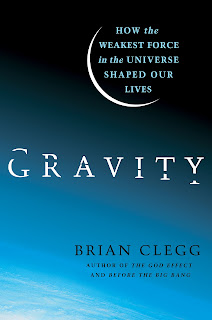 I'm sorry, Herr Gauss, but that picture really doesn't hold up. Look at the account of the man to whom Newton told the story of the falling apple (no mention of it hitting him), related by the historian William Stukeley:


After dinner, the weather being warm, we went into the garden, and drank thea [sic] under the shade of some apple trees; only he and myself. Amidst other discourse, he told me, he was just in the same situation, as when formerly, the notion of gravitation came into his mind. Why should that apple always descend perpendicularly to the ground, thought he to himself; occasion’d by the fall of an apple, as he sat in a contemplative mood.

I know I've quoted this before, but I find these words absolutely fascinating, particularly given Gauss's grumpy interpretation. Firstly Stukeley was no fool. Secondly, to dismiss the apple story out of hand is to totally miss the point of the importance of stories in our understanding of the world (a frequent failing among scientists and particularly mathematicians, though not Charles Dodgson).

And finally, this isn't the story of someone fobbing off an irritating passerby, it is an old man reminiscing after dinner with a friend. I am more inclined to Stukeley's picture of events and to give Herr Gauss a firm kick up the rear.

Thanks to the Royal Society you can view Stukeley's original hand-written words in his Memoirs of Sir Isaac Newton's Life.