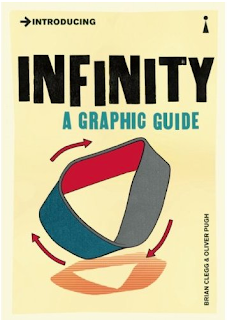 One of the books I enjoyed writing most was A Brief History of Infinity, so when I got a chance to write an illustrated Introducing Infinity I jumped at the chance. It's now sunning itself in the shops for your attention.

Part of the 'graphic guide' series it combines easy-to-absorb bite-sized chunks of text with superb illustration by Oliver Pugh (an all round nice guy). The pictures are very much part of the story, rather than being quick illustrations on the side - we worked closely together to ensure they got across the message.

As for infinity - it's one of the subjects that simply boggles the mind, but there are some great human stories from its history, whether you look back at the likes of the Ancient Greeks and Galileo, follow the calculus wars between Newton, Leibnitz and Bishop Barclay, or take on Georg Cantor and his amazing visual proofs that there is more than one type of infinity, with one bigger than another.

In the end, though, it's the mind-bending paradoxes you keep coming back to, and I've a number of them in there, from covering the number line with umbrellas, though Hilbert's infinite hotel, to the remarkable Gabriel's horn, which you could fill with just pi units of paint, but would take an infinite pot of paint if you wanted to cover its surface. 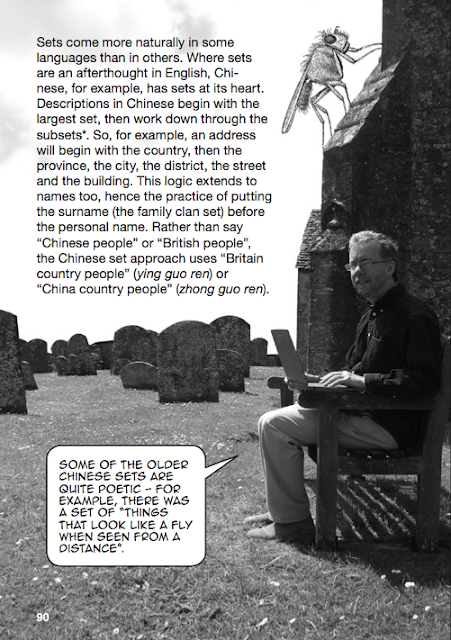 I have to admit a particular delight for me was that Oliver included both photos and line drawings of me as a kind of narrator when there isn't a historical character in the scene. I couldn't resist including one here - which I think illustrates the style well.

You can find out more - or buy the book from Amazon (please!) - at its web page, and it is also sharing a Facebook page with its big brother.