Nanotechnology, like genetically modified food or nuclear power, often produces a knee-jerk reaction. It’s somehow ‘not natural’ and so is considered scary and dangerous. This is primarily a reaction to words, the same way that it easy for advertisers to push emotional buttons with ‘natural’ as good and ‘artificial’ as bad.

This is a silly distinction. There is a lot in nature that is very dangerous indeed – and much that is artificial protects us from that. If you doubt this, try removing everything artificial when you are flying in a plane over shark infested waters. For that matter, many of the most virulent poisons like ricin and botulinus toxin are natural. Water crammed with bacteria and faecal matter is natural. Clean, safe drinking water from a tap is artificial. Yet we can’t help reacting like puppets when the advertisers use those magic words.

Some concerns about nanotechnology are down to what is at best futurology and at worst science fiction. Prince Charles infamously caused headlines back in 2003, when newspapers reported ‘The prince has raised the spectre of the “grey goo” catastrophe in which sub-microscopic machines designed to share intelligence and replicate themselves take over and devour the planet.’

Charles later denied ever meaning this, commenting that he never used the expression ‘grey goo’ and saying ‘I do not believe that self-replicating robots, smaller than viruses, will one day multiply uncontrollably and devour our planet. Such beliefs should be left where they belong, in the realms of science fiction.’ But he certainly did express concerns that not enough was being done to assess and manage any risk associated with the use of nanotechnology.

Unlike the grey goo headlines, this is a perfectly reasonable attitude. The very nature of nanotechnology implies using substances in physical formats that our bodies might not have encountered, and hence we can’t make assumptions without appropriate testing and risk assessment.

If we are to be sensible about this, we need to first avoid a blanket response to nanotechnology. You would be hard pressed to find a reason for being worried about the impact of nanometer thin coatings, such as that used by P2i (sponsors of the Nature’s Nanotech series) There is a big difference between manipulating coatings at the nanoscale and manufacturing products with nanoparticles and small nanotubes.

We know that breathing in nanoparticles, like those found in soot in the air, can increase risk of lung disease, and there is no reason to think that manufactured nanoparticles would be any less dangerous than the natural versions. When some while ago the Soil Association banned artificial nanoparticles from products they endorsed, I asked them why only artificial particles. Their spokesperson said that natural ones are fine because ‘life evolved with these.’

This, unfortunately, is rubbish. You might as well argue it is okay to put natural salmonella into food because ‘life evolved with it.’ Life also evolved with cliffs, but it doesn’t make falling off them any less dangerous. There is no magic distinction between a natural and an artificial substance when it comes to chemical makeup, and in practice if there is risk from nanoparticles it is likely to be from the physics of their very small size, rather than anything about their chemistry.

There are three primary concerns about nanoparticles – what will happen if we breathe them, eat them and put them on our skin. The breathing aspect is probably the best understand and is already strongly legislated on in the UK – we know that particulates in the air can cause a range of diseases and have to be avoided. There is really no difference here between the need to control nanoparticles and any other particles and fibres we might breathe. Whenever a process throws particulates into the air it ought to be controlled. (And this applies to the ‘natural’ smoke from wood fires, say, which is high in dangerous particulates, as well as any industrial process.)

When it comes to food, we have good coverage from The House of Lords Science and Technology committee in a 2010 report. They point out that nanotechnologies have a range of possible applications in food that could benefit both consumers and industry. ‘These include creating foods with unaltered taste but lower fat, salt or sugar levels, or improved packaging that keeps food fresher for longer or tells consumers if the food inside is spoiled.’

The committee’s report sensibly argued ‘Our current understanding of how [nanoparticles] behave in the human body is not yet advanced enough to predict with any certainty what kind of impact specific nanomaterials may have on human health. Persistent nanomaterials are of particular concern, since they do not break down in the stomach and may have the potential to leave the gut, travel throughout the body, and accumulate in cells with long-term effects that cannot yet be determined.’ 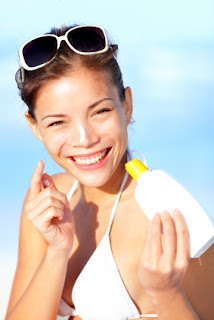 Their recommendation was not to abandon these technologies, but rather that it was essential to perform appropriate research, preferably across the EU, to check the impact of such nanomaterials when consumed, and to ensure that all such materials that interact differently with the body from ordinary foodstuffs are assessed for risk before they are allowed onto the market. This seems eminently sensible.

The final area, applying nanoparticles to the skin, is perhaps most urgent, because most of apply them on a regular basis. Most sun defence products, and a number of cosmetics contain them. It is hard to find a good reason to allow for any risk in a pure cosmetic, and arguably they should be prevented from containing nanoparticles. But the story is more nuanced with sun creams.

Most sunscreens contain particles of titanium dioxide or zinc oxide. These invisible particles, ranging from nanoscale to significantly larger, provide most of the sunscreen’s protection against dangerous ultraviolet. What has to be weighed up is the benefits of using products to prevent a cancer that kills over 65,000 people a year worldwide – and would kill many more if sunscreens weren’t used – against a risk that has not been associated with any known deaths. 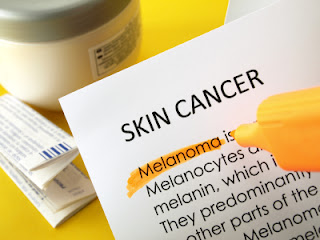 The potential for these nanoparticles to cause harm depends on them penetrating through the outer layers of the skin to reach cells where they could cause damage. In theory a nanoparticle is capable of doing this. But the current evidence is that the particles remain on the surface of the skin and do not reach viable skin cells. Skin cancer is a particular risk in Australia, so this is a topic that has been studied in depth there. As Cancer Council Australia concludes: ‘there is no credible evidence that sunscreens containing nanoparticles pose a health risk. There is plenty of evidence however, proving that sunscreen can help reduce the risk of skin cancer, in particular non-melanoma skin cancer.’

Overall, then, we should not be lax about nanoparticles and their effect on our bodies. We need careful testing and where necessary regulation. But equally we should not be swayed into knee-jerk reactions by emotional words carrying little meaning.