To boldly stay at home 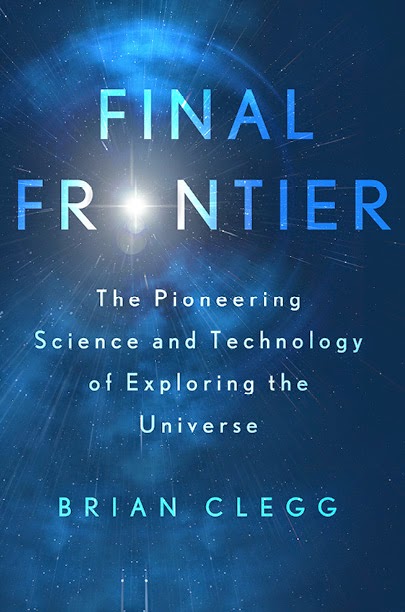 I was mildly depressed by the title of a piece in The Telegraph the other day by Sinclair Mckay. 'Let's hope galactic travel never takes off,' it reads, with the subhead 'A British launch pad for space tourism will diminish the mystery of the universe.'

One of the reasons I was mildly depressed was that in a few weeks time I've a new book out from my US publisher, St Martin's Press called Final Frontier, celebrating our attempts to travel into space and looking positively into the future.

To be honest, the article isn't as extreme as the title, but I think there are several ways that Mr Mckay gets it wrong. The first is that term 'galactic travel'. Of course any space travel is likely to be 'galactic travel' in the sense that it's unlikely to be intergalactic - but by that argument, nipping down to the shops is galactic travel, and that already has taken off. Quite a while ago. I think the headline writer is investing too much in Richard Branson's rather cocky (oxymoron) 'Virgin Galactic', as the kind of travel that's likely to happen from a British spaceport would mostly be sub-orbital - so not really even travel within the solar system, let alone on a galactic scale.

As for that subtitle, there is no more baloney than to say space travel 'diminishes the mystery of the universe'. This is reminiscent of the Keats suggestion that Newton somehow diminished the wonder of nature by explaining the colours of the rainbow and unravelling its mysteries. As Richard Dawkins so eloquently pointed out in his book Unweaving the Rainbow (see, I can say nice things about him), the reverse is true. When we find out more about the rainbow (or the universe) we add extra depths of wonder - we still have the joy of seeing it, but we also have the thrill of understanding it. Mystery is a great tempter, but we also want some outcomes - if all mysteries remain unfulfilled it is not enough for any but the gullible - and the wonder of the universe is that there always new mysteries, so we don't run out of challenges.

As it happens, the text of the article has some elements I can agree with. Simply popping into space to see the view - space tourism - is not really advancing humanity and, frankly, would be nice if we could do without it, were it not that it is a good way of funding some aspects of space technology, because one of the big shifts in the way we approach space travel is the increasing involvement of the private sector. This is too big a venture to leave to either governments or the private sphere alone.

I'm not, by the way, arguing that instead space exploration should be mostly about science. It is never going to be mostly about science. We can pretty well always get more bangs for our scientific buck by using unmanned equipment than going to all the expense of keeping humans alive. But one thing I did rediscover when writing that book was my sense of joy in the idea of humans going out into deep space. Yes, it is corny - but there really is something special about boldly going in good Star Trek fashion.

So when Mr Mckay says 'I mean no disrespect to the platoons of boffins... It is more to do with a sense that the illimitable darkness and mystery of the universe has already been diminished.' I say tosh and baloney. The more we find out about the universe, the greater its sense of wonder. The medieval universe was little more than the solar system - they had no idea about the kind of amazing sights that the Hubble telescope (only made possible by going into space) gives us every day.