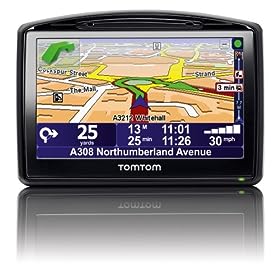 I don't care what all the jokes say, or those Daily Mail stories about lorries going 300 miles out of their way through tiny villages, I find my sat nav intensely useful. Particularly when navigating in unknown territory on my own, it's fantastic.

There's not a lot of point, though, if the maps are out of date, so I subscribe to an update service and the other day, I received an email from Tom Tom, informing me that a new set of maps were ready for download. Well and good. But there was something about the email that stopped me in my electronic tracks. It began as follows:

Now, bearing in mind that Tom Tom is a European company, it was hard not to fill in the implied '...' and complete the third word in that greeting with 'tard'. Oh, ho, I thought (as no doubt did many others), here's a Tom Tom employee with a grudge, sending out a naughty (if truncated) email.

A few hours later I received another email from Tom Tom, which I have copied below. My only observation: could this be the first time a company employee has had to change his name in order to get the company out of a scrape? Do you really believe he was always called that? Here's the excuse:

Dear Brian,
You have just received an email which was not up to the standards of TomTom.

The greeting (Dear English Bas) was in fact specifying the language of the mail followed by my first name, this should have been personalised with your name. We apologize for this error and for any inconvenience this might have caused. Underneath you will find the correct email...