What is an element? 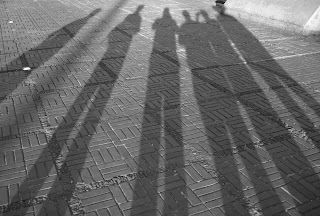 I know it's Friday, but pay attention, we're going to do a bit of philosophy. I'm dredging this up from memory, so feel free to correct me if I've got the details wrong, but the essence is there, which I think will prove significant.
I suspect it was Plato who suggested that there are types and shadows (I just love the medieval terminology) - types or archetypes are the 'real thing', the ultimate essence of the concept, while shadows are the physical world entities corresponding to those types. So, for instance you might have the type of 'cat' which embodies all catness, while the moggy down the street is just a shadow, embodying parts of the ultimate concept.

I was interested to see a very similar idea emerging from a discussion of the philosophy of chemistry (no, really). Eric Scerri of the University of California, Los Angeles (general nice guy and author of an interesting book on the periodic table) suggested we need a similar approach to the elements. Sodium, for instance. Yes it's a grey-silver metal that does exciting things when you drop it in water. But 'It is more proper, perhaps, to think of elemental sodium as that thing that gives properties not just to the metal but also to NaCl and other compounds. Sodium may be best described as that abstract thing that you point to on the periodic table, defined only by its atomic number...'

In this picture, the abstract thing on the periodic table is surely a type, with the lump of metal, or the component of salt, a shadow.

Whatever, I think it's fascinating - and for those who think chemistry is all test tubes and fume cupboards, a bit of an eye-opener. Click here to read more about a recent discussion on the philosophy of chemistry.