It's time companies got the hang of networking 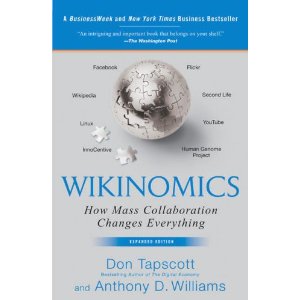 I've mentioned before the powerful aspects of networking as identified very clearly in the interesting book Wikinomics (see details at Amazon.co.uk or at Amazon.com) - unfortunately it's something many companies haven't got a clue about.

I was just rapidly emptying my inbox of commercial newsletters, which I have a habit of accumulating in the hope of winning a year's supply of electric bananas or some such essential, when it struck me how many of them came from that strangely named person 'donotreply' AKA 'noreply' AKA 'dontreply'.

Even the rather witty weekly roundup from the IT intelligence site Silicon.com comes from a non-human sounding address silicon@newsletters.silicon.cneteu.net that it seems highly likely won't get you anywhere if you send an email to it.

These companies who employ 'noreply' are, frankly, dumb. Organizations spend a vast amount of money on building a relationship with customers - yet the very moment a customer wants to talk to them, they say 'we aren't interested in what you have to say: it's only what we say that's important.' Isn't it time they sacked noreply and replaced her with her cousin pleasereply, and waited for the conversation to begin?