Caution - deduction from infinity can lead to madness 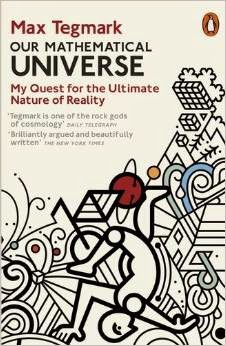 I'm currently reading for review Max Tegmark's intriguing newish (well, new in paperback) book, Our Mathematical Universe. It's generally rather good, though it's a bit infuriating that they clearly haven't updated the text to reflect this edition, as Tegmark keeps referring to the image on the front of the book as showing the Cosmic Microwave Background - if the CMB really looks like that, cosmology truly has got exciting again.

However, that wasn't my point. Having set the stage with an explanation of the hot big bang with inflation theory, Tegmark begins launching off into the possibilities for multiverses, and there's a lot of deduction from infinity. (If this doesn't mean anything to you, I'll get there in a moment.) Georg Cantor, the great mathematician of infinity, ended up in a mental hospital - you play with this stuff at your peril.

What I mean by deduction from infinity is arguing along these lines. If eternal inflation holds, there are an infinite set of big bangs producing universes (of which ours is one). Each will be subtly different due to quantum fluctuations. So as they are infinite, every possible outcome will happen in one of these universes - for example, one where you read this blog and sneer, rather smile at its cleverness as you currently are doing. (Hopefully.)

The problem is that infinity can't be used like this to deduce things. Let's look at some simpler infinite sets to see why. First, bear in mind that every member of an infinite set does not have to be different. So, for instance, you can have the set 1, 0, 0, 0... where all the members are zero except the first. If 1 represents our universe, all the others could be devoid of life. (I do remember those quantum fluctuations, but that doesn't mean that you couldn't end up with all but one devoid of life.)

Or again, think of the infinite set of positive integers: 1, 2, 3, 4, 5, 6... If one of these could be part of an infinite set but also demonstrably unique, that could like the condition for life. And guess what - 1 is unique. It's the only positive integer that is its own square and that when something else is multiplied by it, that something else doesn't change. So despite there being an infinite set of subtly varying possibilities only one is in the 'life' state.

My examples here don't prove that there aren't all those different variations of you in parallel universes, but rather they demonstrate that you can establish pretty well anything you like if you try to deduce things from an infinite set - and my suspicion is that the deductions made by cosmologists are equally suspect.