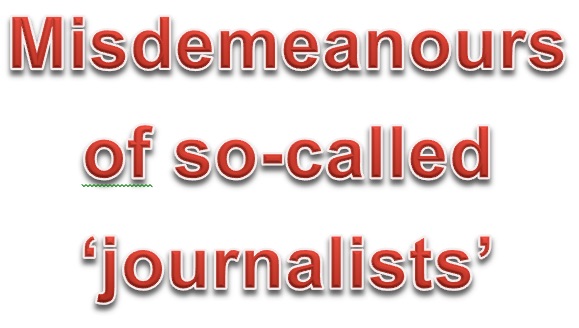 There is a usage that is becoming more and more common, verbally and in writing, which I hate. The most frequently used verbal form is 'so-called', and though it can also appear this way in writing, the usual written approach is what I call embarrassment quotes - misused quotation marks.

The reference that set me off on this bijou rantette was a comment on the Today programme on Radio 4, when they referred to 'so-called exoplanets'. Exoplanets exist. There is no doubt about this. Yet according to the OED, 'so-called' means 'called or designated by this name or term, but not properly entitled to it or correctly described by it'. In other words, by saying 'so-called' the speaker implies that there's no such thing.

Now, admittedly, the OED does qualify this definition by saying 'More recently, and now quite commonly (esp. in technical contexts), used merely to call attention to the description, without implication of incorrectness', but I am not prepared to accept this. It's stupid. If you simply mean that an object is an exoplanet, say 'exoplanet'. The 'so-called' is an unnecessary waste of space and confuses those of us who know what the term actually means.

I've linked this phenomenon with embarrassment quotes, as these are used all the time by the press and by the BBC in a similar fashion. Whenever they use a word they're a little uncomfortable with, or that might not be correct, they stick it in quotation marks. A 10 second glimpse at the BBC News website gives us, for instance:


A&E waits in England 'getting worse'

No doubt there were many more. You may suspect that the reason for the quotation marks in the second example was that the last two words were a quote from someone - but they weren't. In both cases, all we have are observations where, for some reason, a particular word or phrase makes a so-called journalist feel a little 'uncomfortable' so 'he or she' resorts to the embarrassment quotes.