Fed up of tribalism in politics 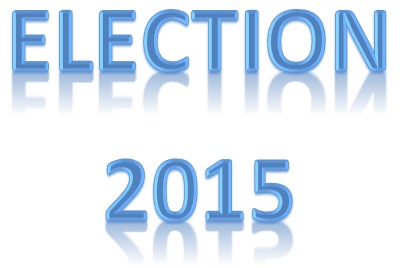 There is much wailing, moaning and gnashing of teeth* on the ineffectual nature of politics and politicians in the current general election, with the newer thrusting parties like the SNP, the Greens and UKIP (there's an unholy alliance) blaming the old guard and the Westminster elite.

Actually, I'd suggest that most of the problems with politics are caused by tribalism, and nowhere is tribalism stronger than amongst the likes of the SNP, the Greens and UKIP. They aren't the solution, they are even more dramatically more of the same.

I suggest it's time to redesign parliamentary democracy for the 21st century. After all, we don't do medicine the way they did back when Parliament was establish - why should the democratic processes stay the same in an internet interconnected world?

Of course there is a lot of detail you could moan about. For instance:
And there will be lots of other picky details. Well, of course. This is a fuzzy handwaving idea, not a proper proposal. You wouldn't expect to sort out politics in half an hour. But I still think that this is the kind of radical re-think we need. Anything else is just tinkering.

* I can't type 'gnashing of teeth' without retelling the old Ian Paisley joke.

Paisley is preach hellfire and damnation and tells his audience that when the sinners among them go to hell there will be a wailing and a gnashing of teeth.

'I'm sorry, Mr Paisley,' says an elderly lady from the audience. 'But I have no teeth.'