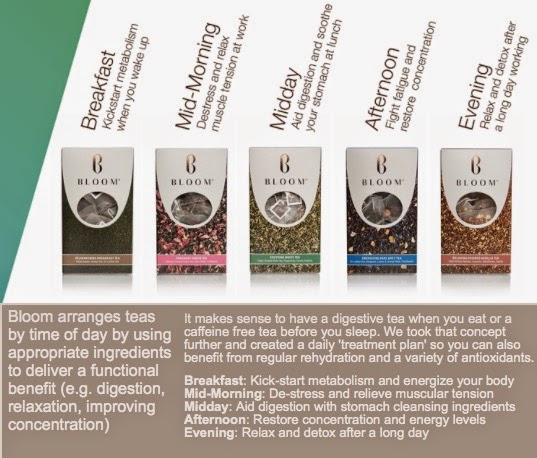 I have recently had brought to my attention the rather impressive way that in a single web page, a product by the name of Bloom teas manages to use three of the great woo-marketing terms.

Now, in the interests of fairness, I ought to point out that I don't drink ordinary tea, but I do enjoy the occasional cup of green tea, of which more in a moment.

So what's so woo-ified? There are three keywords here that raise the dubiousness alarm.

The first is rehydration. While the benefits of this are clear - it's good to keep hydrated - it really doesn't matter what you drink as long as it's mostly water and preferably doesn't contain alcohol. (And you certainly don't need 8 glasses a day - as with all this stuff, see my Science for Life.)So not an out-and-out negative, but something to be a little wary of. Then there the first biggy. Antioxidants. How many times does everyone have to say this? The antioxidants produced by your body are essential. But consuming extra antioxidants has no health benefit and serious supplementation seems to increase the risk of death.

And then, towards the end, there's that favourite of meaningless woo words: detox. There is no such thing as a detox product. Your body has lots of useful organs and processes that remove toxins, but nothing you eat or drink will have an active 'detox' action. It's marketing hogwash, pure and simple.

*ADDED* Thanks to Glenn Patrick for pointing out there's actually a fourth woo claim: that the tea kick-starts your metabolism, as if your metabolism was stopped and needed a starter motor. I could probably add some doubt to 'stomach-clensing ingredients too', while I'm at it. It's so full of... wonder.

You might think this is a matter of hunting butterflies with a bazooka - and to an extent it is. What's more, the reason I drink green tea is that I like the astringent effect that leaves you feeling refreshed and revitalised. But the key word there is 'feeling'. Where a manufacturer strays into snake oil territory is by making what  are effectively medical claims by using terms like antioxidant (or just fantasy by talking detox) - after all, they even make it sound medical by calling it a 'treatment plan'. So, I have nothing wrong with 'makes you feel good' type claims, but I can rightly bring out the bazooka when it someone says it 'makes you healthier.'