The recursive curse of news-based PR 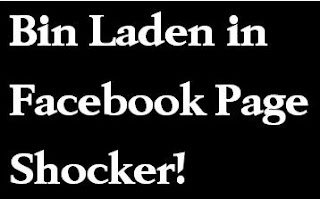 Public Relations is a dark art, and the practioners of PR have many tricks up their sleeves. Unfortunately they do have a tendency to use the same tricks over and over, to the extent that some of them have become close to a cliché - and probably the most obvious of these is news-based PR.

It works like this. You keep an eye on the news for attention-grabbing stories, then put out a press release that uses that story as a 'hook'. So, for instance, last week, those of us who are priveleged to received our fair share of press releases were inundated with royal wedding releases, mostly totally unrelated to the event. You know the kind of thing - 'Wills and Kate have the ultimate drive home in classic car!' followed by a release by a classic car hire company.

But it wasn't the royal wedding that sparked this post. It was darker news - the killing of Osama Bin Laden. I received a press release from a company called Imperva that has an 'Application Defence Centre' (whatever that is), warning that hackers were intending to 'monetise on this story' (sic).

Apparently in a 'black hat search engine optimization forum' (boggle), Imperva discovered suggestions to create a fan page celebrating Bin Laden's death. If it were created, when users thought they were liking this page on Facebook they would in fact be liking a page for a sex site and/or triggering some virus like entity.

This is mildly interesting, but what I found more attention grabbing was the recursive nature of the use of hot news events to get attention.

Here we have the hackers proposing to make use of the Bin Laden event. Then Imperva picks up on this and presumably does something appropriately defensive. Then their PR agency sends out a press release, where the hook is Bin Laden. And finally I've done this blog post. All driven from a totally irrelevent (in the context of this story) world event.

So, what shall we do for a press release on the AV system?