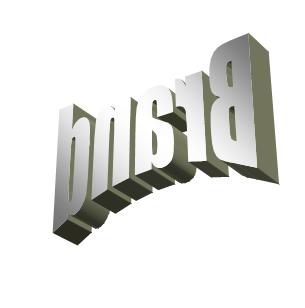 Those responsible for brands have an unenviable task. Their aim is to make the brand part of everyday speech without it becoming part of everyday language. If that sounds convoluted, let me explain.

Big brands like Coca Cola or Apple want it to be natural for your to know, recognize and talk about their brand. When you ask for a cola drink, Coca Cola want you to ask for 'a Coke' and expect to get Coca Cola. But there is a lurking danger to becoming well known. It's genericization. (Is that a word? Don't care.)

In the UK, at least, the term 'Coke' for a cola has taken on a degree of the generic. Most people wanting a cola will ask for 'a Coke'. Very few will ask for a Pepsi. However, even if they have a preference (which I do), most will happily accept a Pepsi when asking for 'a Coke.' But they wouldn't expect to be given a Panda Cola. 'A coke' has become generic for a big name (probably US owned) cola, but doesn't cover the whole spectrum.

To see the generic brand in all it's glory, you've only got to look at Hoover's products. In the UK, 'hoover' is pretty well the standard word for a vacuum cleaner (with 'to hoover' as a verb). It has lost its association with the brand name. I don't know how Hoover feels about this. I do know that Dyson got pretty irritated when I kept referring to their products as hoovers when I went round their factory for a radio programme. I think if I owned Hoover, I wouldn't be too upset - at least it keeps the brand in mind. This seems to be the attitude of Coca Cola.

However one company that gets a bee in its bonnet about misuse of its name is Rolls Royce. Many years ago I wrote a review for PC Week magazine about a program called WinFax Pro. This was, at the time, the best computer fax program around, and back then (we're talking 1994), when a lot of people still didn't have email, computer-based fax was really important for business. I refered to WinFax as 'the Rolls Royce of fax software' a usage so common that it's pretty well a cliché. So far, so good. But WinFax used the quote from the review in their advertising, and Rolls Royce came down on them like the equally clichéd ton of bricks. They seem to have accepted the term's use in reviews, but don't like other companies making commercial use of their name, even if the implication is very positive for RR, as it smacks of the dreaded g word.

They talk about writers being brands these days. I wonder who will be come generic first. 'What a load of Dan Brown,' they might say. Or 'I've had a Stephen King of a day.' Or 'I prefer restaurants with plain English menus, this is so Martin Amis.' Actually, I rather like this idea. You never know. It might catch on.