Will eBay win the battle of the monsters? 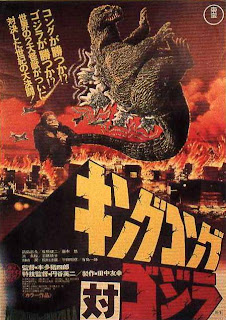 There was a time when Japan produced a string of monster movies featuring Godzilla battling various other monsters (Godzilla versus Mothra, Godzilla versus Ghidorah, even Godzilla versus King Kong). An email I received yesterday from eBay reminded me of the beginning of one of these epic battles, with eBay as Godzilla lining up to fight the evil designer brands.

eBay, we are told, was set up to empower the people (no, really), 'But that idea is now under threat from certain brand owners and manufacturers who are trying to turn back the clock and block the sale of their products on online marketplaces and other websites across the EU.'

Apparently these brands - and it's not just luxury items, but manufacturers of children's toys, electronic equipment, lawnmowers and pushchairs - argue they are trying to stop their products being sold on eBay to prevent the sale of counterfeits, but according to the big E, only 0.15% of listings last year were 'detected or reported as potentially counterfeit.'

While that statistic is itself a touch questionable, I do agree with eBay that this isn't about protecting against counterfeit, but an attempt to block the resale of products to keep prices artificially high. I didn't imagine I'd ever find myself siding with eBay, which can behave in an autocratic and bizarre fashion. For example, they prevented me from selling copies of my mystery party ebook Organizing a Murder because I was breaching copyright (whose?) I don't approve of people selling fakes and copies, but I do defend people's right to resell items they've bought legitimately, whether new or secondhand, and whatever its faults, eBay is a good way to do this.

So, in case you're interested, they have a petition, calling for an amendment to EU policy law. I won't include a link here, just on the off-chance there was something dubious about the email I was sent, but anyone with an eBay account should have a message in their inbox with details.