Did they have the wheel when you were young, Daddy 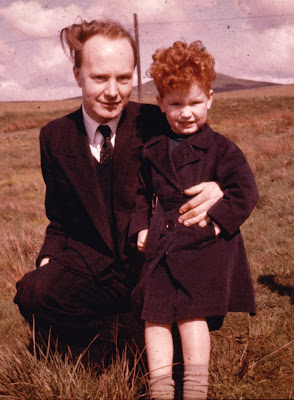 WARNING - nostalgia ain't what it used to be alert

I had one of those conversations with one of the daughters yesterday. 'Did you have a car, when you were my age?' she asked. For a moment I thought this was an 'I'm 16 tomorrow, so it's time to be saving up for the following year,' type hint, but in fact she meant did we have one in the family. It must, she mused (as I drove her back home from an after-school event) be difficult to manage without a car.

As it happens, we did have car, even when I was young, but it got me thinking about what we didn't have in the first few years of my life, including:
... and no doubt much more. But we wuz 'appy. It's remarkable how central to existence many of these things seem now. The daughter was particularly shocked by the lack of fridge (not that this is more important than the internet and mobile phones, but she knew we didn't have those in the stone age). What did we do with frozen food? We didn't buy it. How about milk? We kept it in a coolish pantry, and got a new bottle most days. Brought, of course, by the milkman.

The wonder of nostalgia means I can even think of aspects of not having central heating that were appealing. The excitement of waking up to find frost on the inside of the windows. Even now, when I'm ill, I pine for a fire in the bedroom, which we only used to have when someone was ill. (Of course, I conveniently forget how COLD it was anywhere except a few feet from the fire.) But realism says that even if all those things don't make me happy, I would miss them now. (Except, possibly, the garden furniture.) A blog, for instance, wouldn't be the same, hand written and stuck up in the window of the house. So, on the whole, I approve of progress.

Despite appearances in the photo, we didn't live in a field, that was taken up on t't moors. Sadly, yes, that is me with my Dad.
nostalgia progress technology