February 13, 2010
It has often been observed that you can tell something of the owner of a car from the make. BMW drivers are flash self-centered twits, Mercedes drivers dull self-centered twits, Volvo drivers knit-your-own-yoghurt vegetarian whale huggers, and Hummer drivers people think a certain part of their anatomy is too small. (Note to self - who else can I offend?) 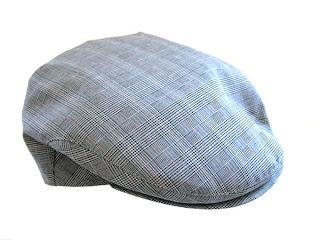 But there is also a more general way of detecting one form of bad driver. If you see someone driving a car (probably a beige car) wearing a flat cap, they will inevitably be a nightmare to follow. They have two driving styles. Either they drive 10 miles an hour under the speed limit, whatever it is (luckily they've never heard of 20 miles an hour zones), or they drive at 40 miles an hour, whatever the speed limit is. When they get to a complex road feature like traffic lights or a roundabout there will be a lengthy pause, probably while they consult their Highway Code to find out what this strange thing is. 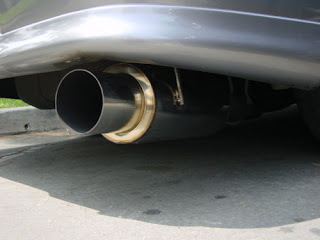 Such drivers are inevitably elderly, but I have discovered the youthful equivalent. If you follow a car with an exhaust pipe which has an exit hole the size of a small bucket, the chances are you are going to witness some appalling driving. These youffs are of the opinion that by fitting one of these strange items to the rear end of their FiestaClio 107 they have made it sound like a Ferrari. No, it sounds like it has a hole in its exhaust, which is achievable much more simply with a hammer and chisel. Almost inevitably, you will be treated to an exhibition of lane weaving, frantic unnecessary acceleration and a thudding bass line from the stereo that shakes nearby buildings and renders small children incontinent.

I am beginning to suspect that only motorists who have a hand written letter from me, saying they can drive on the road, should be allowed in a car. The only worry is I seem to be turning into Jeremy Clarkson. Help!
cars driving rant youth