Instruction books are admissions of failure 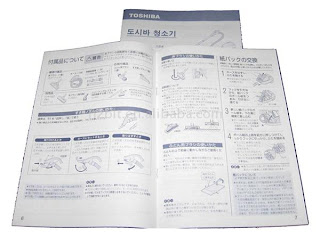 In my youth I did a lot of work on user interface design for computer programs - and the essence of good design was to make the program so intuitive that you could just use it without training or a manual.

This is something the Apple iPhone does so well - and much technology fails on. You should be able to just pick something up and use it. If you can't, it's the designer's fault.

This can sometimes be demonstrated in trivial ways. Our oven hob has four rings, like most hobs arranged rectangularly. The controls, however, are arranged in a straight line. So the manufacturer has had to include a form of manual - in this case a series of little pictures showing which ring each knob controls. I have to consult these each time I use a ring. Yet had the designer put the controls in the same rectangular layout as the rings there would have been no need for the manual - it would have been obvious which control was for which ring.

So often people put themselves down when they can't use technology. 'I'm not very good at this,' they say. Setting VCR timers used to be the classic case. But it's not the people who are at fault, it's the designers.

I'm not saying it's easy. Even Apple can't always be perfect. For example, I've only recently learned (thanks RPG) that if you hold your finger on a key it will show alternatives (e.g. hold it on the .com button and it offers you .co.uk etc. - the same with symbols). This wasn't obvious. There would be ways to show there was something lurking underneath if Apple had thought it through a bit more. But on the whole they do very well.

So here's a challenge, manufacturers. Don't think 'The manual will tell them how to use it.' Make sure you can put a random person in front of your technology and have them use it unaided.
manuals technology usability