A lamb to the slaughter 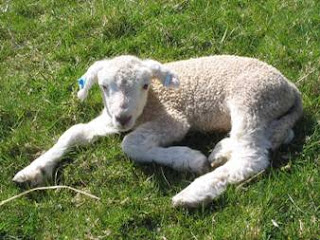 I'm sure I won't be alone in being saddened by the treatment of primary school headmistress Andrea Charman of Lydd School in Kent, who was effectively forced to resign after a hate campaign against her.

What terrible thing did Ms Charman do? Did she beat the children? No. Did she embezzle funds? No. She had a lamb that had been reared at the school slaughtered. This wasn't a sudden whim, when she fancied something to go with mint sauce. It was the whole point of having the lamb in the first place - so that pupils at this rural school could get a better understanding of just what is involved in putting meat on their dinner plates.

Hypocrisy is too mild a word for the attitude of the people who made Ms Charman's life hell after this very sensible act. Whether you are a vegetarian or a meat eater, you would surely encourage making sure that children had a clear idea of what happened to the lambs from the fields. And it's not as if they were taken to the slaughter house to watch the process. This was simply because the lamb that had been reared at the school ended up as someone's dinner.

I began by saying I was saddened, but to be honest this sort of pathetic response makes me angry. Apparently Ms Charman is an excellent head who brought a school out of special measures into good Ofsted results. She clearly is the sort of person we can't afford to push out of schools. The people who criticized her should be ashamed of themselves.

NOTE posted edited to change 'Chapman' to the correct name 'Charman' after my typo was kindly pointed out in the comments.
education farming rant reality