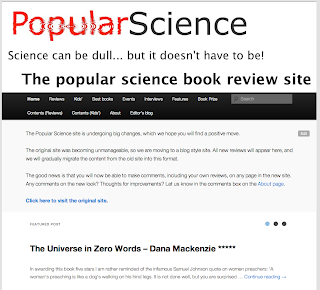 Despite being only a few days in, I am very pleased with the way things are going with the WordPress migration of the www.popularscience.co.uk website - I just wish I'd done it sooner.

However I do have a couple of lessons for anyone considering such a move. The first is that you will have to do something about spam.

Even though the site has only been live for about a week, it already has over 100 spam comments. I originally thought it would be enough to moderate them before they went live. Obviously this stops them being seen but it still would be very tedious. Luckily the anti-spam plug-in that comes semi-preloaded works brilliantly. 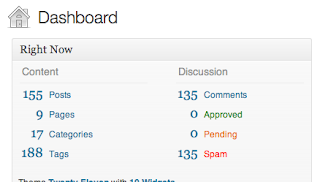 The second lesson is the matter of backups. I've never bothered to back up my websites because they are created on my PC/Mac and uploaded, so the back up of the local machine keeps them safe. But now the Popular Science site is being updated online which means I have no backup on my desktop.

My immediate thought was to ask the web host if they provide a backup service. They don't, but their help desk kindly pointed out to me that 'there's a plug-in for that.' I begin to realise this is as much a mindset with WordPress as 'there's an app for that' on the iPhone/iPad.

So now I'm safely backed up. The plug-in cunningly backs up to the brilliant free Cloud storage service Dropbox (if you aren't using Dropbox, you ought to be!), so there's no need to have anywhere to upload the backup to, and it will all trundle along happily on its own in the middle of the night. Very neat indeed.