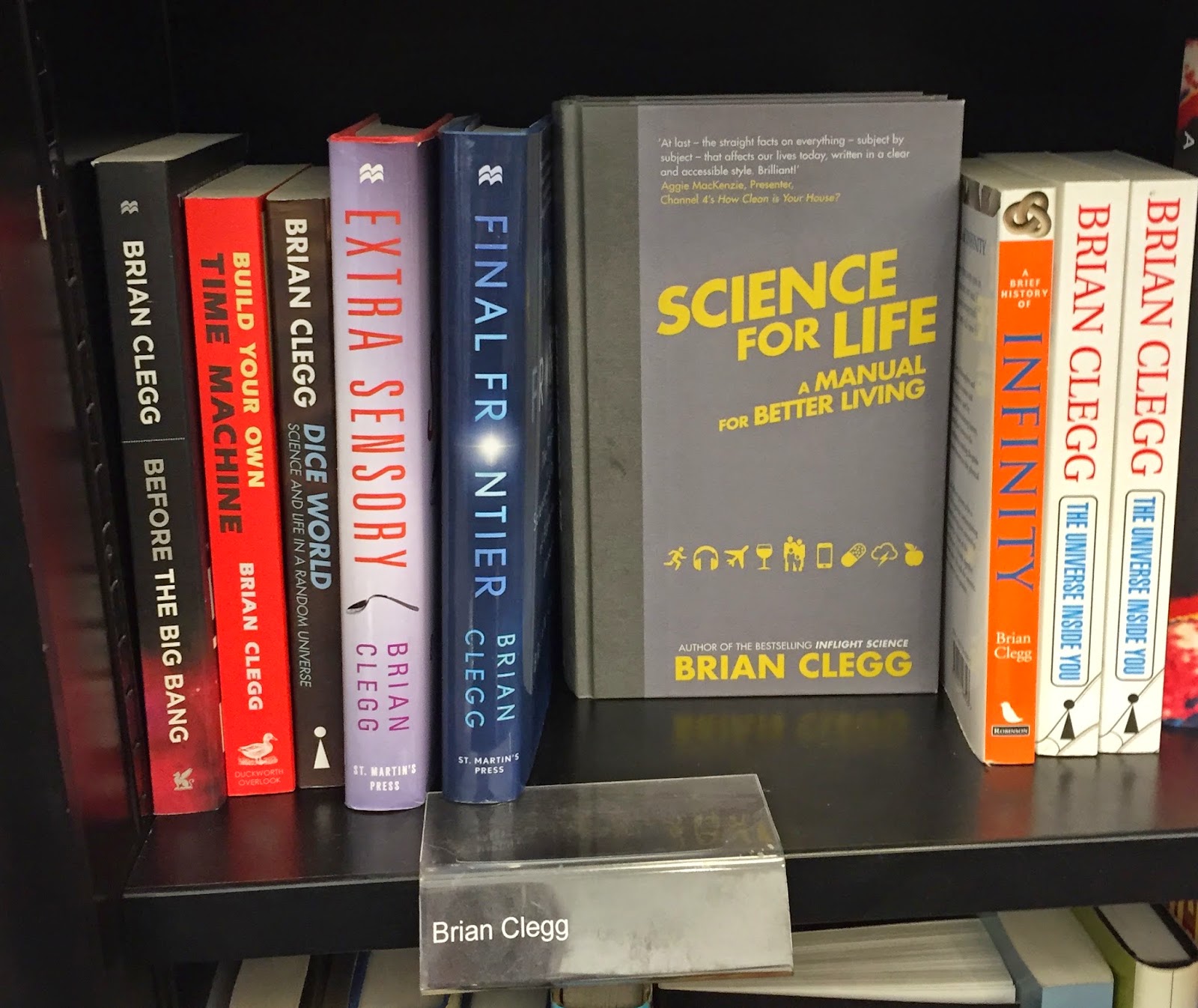 I was in Waterstones, Piccadilly in London yesterday and rather pleased to see that I was allocated my own mini-section (see photo), but also that they had the new version of my book Light Years on one of the tables used to grab people's attention. Light was one of the first topics I wrote about, and it has always fascinated me.

A key characteristic of light is its dramatic speed - the universal speed limit when in a vacuum and not cheating by warping space or similar - but something I cover is the experiments Lene Hau did a few years ago, bringing light to a walking pace. I just wanted to share an extract here.

Normally the condensate would be totally opaque, but the first laser creates a sort of ladder through the condensate that the second light beam can claw its way along – at vastly reduced speeds. Initially light was measured travelling at around 17 metres per second – 20 million times slower than normal. Within a year, Hau and her team, working at Edwin Land’s Rowland Institute for Science at Harvard University, had pushed the speed down to below a metre per second – and more was to follow, as we will discover later...

Lene Hau’s team have not stood still since they originally slowed light to a crawl, despite accidental sabotage by a German TV team. The strange possibilities of quantum light experiments quite often attract media attention, but a modern lab is visually boring. One set of black boxes looks much like any other. The TV team decided that they could make Hau’s experiments look more impressive by bringing in a smoke machine to make the interlacing patterns of lasers visible. Unfortunately they didn’t ask permission to do this. The result was a total collapse of the experiment, which had to be shut down for days until the air could be cleared. Now a plastic curtain surrounds the table that houses the experiment to keep out interfering onlookers.

As we saw in the first chapter, Hau’s first experiments used one laser to form a sort of ladder through the otherwise opaque Bose–Einstein condensate that allowed a second laser to claw its way through. But if that first laser, called the coupling laser, is gradually decreased in power, the team found that the second beam was swallowed up in the material. The result is a strange mix of matter and light, called a dark state. The trapped light only comes out again when the coupling laser is restarted.

There's far more about the history of our understanding of light from ancient times through to the latest quantum theory in Light Years. 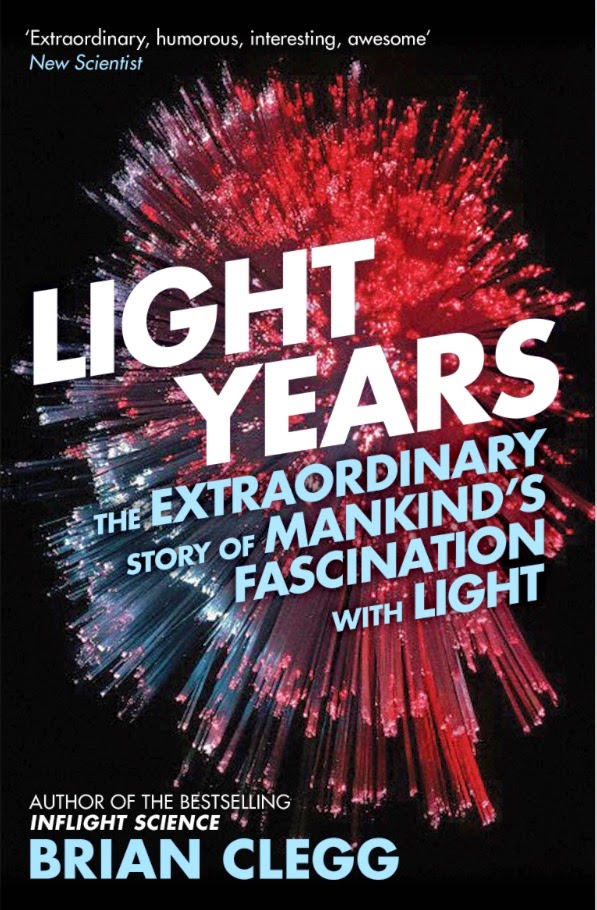