All in a good cause

June 13, 2013
I am currently scanning in some old photos from my university days and I feel I have to share the Winter 1976 British Lecture Attendance "Record Breaking" Expedition that took place in Cambridge on 20 February 1976. The aim was to attend as many lectures as a possible in a single morning, raising funds for RAG '76. 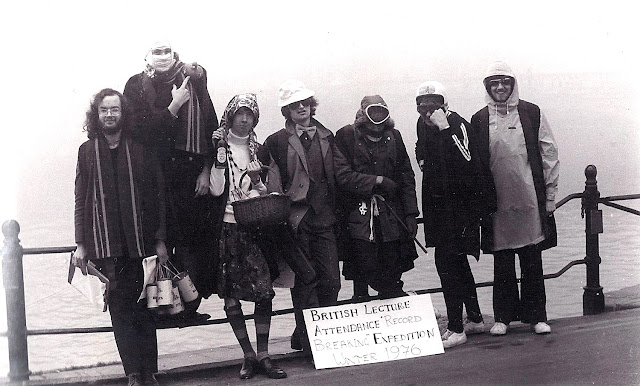 Those present above are Dave Izod, Rod Hill, Me, Helmut Jakubowicz, Dick Lacey, Neil Thomas and Andy Brookes and (taking the photo but on the right below) Mark Saville. We stormed into the lectures, held up the lecturer and demanded money with menaces. 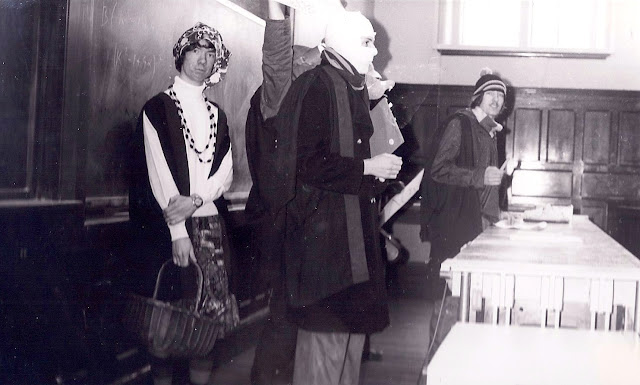 I do appear to be wearing a skirt. This is because a couple of those present designed a 'British Board of Lecture Censors' certificate to post up at each lecture. In the corner of the certificate was a picture of their sponsor, 'Mrs Ethel Trappit.' For some reason they used a picture of me with a Newcastle Brown bottle. (I was not amused initially.) So I had to, really. 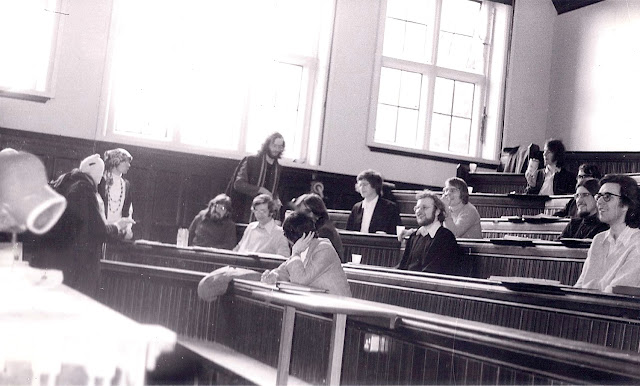 Those attending the lectures seemed highly entertained. Not surprising really. They were students. 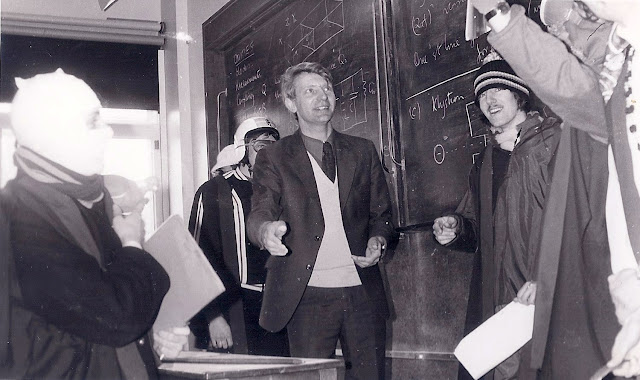 Perhaps rather more surprising was the good grace of the lecturers, who allowed us to disrupt their teaching with surprisingly few moans. Although the physicist below did seem a little wary of the (toy) gun. (We would probably be arrested as terrorists today.) 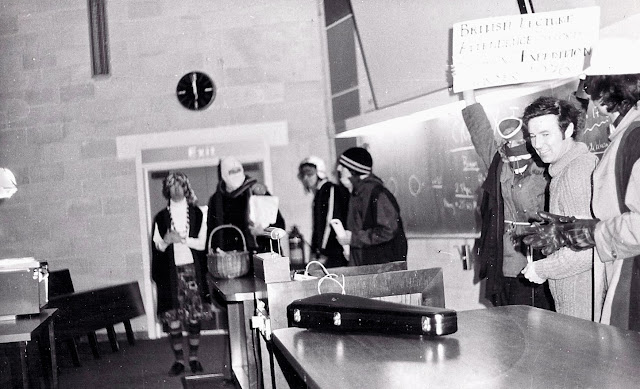 What I had totally forgotten was the 'Boo Now' sign in the bottom left of the photo below, prepared to get the audience on our side in case we had any trouble from lecturers. It is also notable that the gangster with the hat, shades and violin case to the right below is now himself a professor. I wonder how he would react if this happened to him?