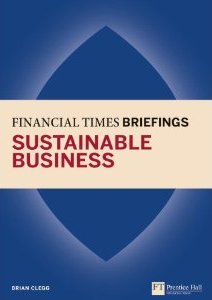 I am fed up with the way that every time farmers get ripped off by the supermarkets, or a tragedy occurs while manufacturing cheap garments, the customer gets blamed. Frankly, it is a load of reproductive oblate spheroids, and not of the canine variety.

What we hear, both from the stores and on ill-thought out TV documentaries and news reports is that it is the consumers' fault because we demand cheap milk and cheap clothing (say). That is ludicrous. When did anyone ever stand outside a supermarket yelling 'What do we want? Cheap milk! When do we want it? Now!'? When did anyone email Primark saying 'It is disgusting that your tops cost £6! I want them for £4!'? It just doesn't happen.

Of course customers will buy things cheap if they are made available cheap. They would be stupid not to do so. I would rush out tomorrow to buy a Jaguar XK if they were £10,000 instead of £70,000, but strangely Jaguar has no intention of selling them at that price.

So yes, it's true - I buy my milk at 25p a pint from Asda, because that's the price they sell it at. If they decided to sell it at 35p a pint and give an extra 10p to the farmer, I would still buy it. But the choice of how much to pay the supplier is entirely down to the shop, not to me. Of course if they made it £10 a pint I would go elsewhere - but no one is suggesting that should be the case. In reality, if Asda wants to sell milk for 25p a pint, that is entirely up to them. But they should still pay their farmers a fair amount - if they want a loss leader, Asda should take the loss, not the farmer.

Similarly, it is entirely the responsibility of Primark et al that they squeeze every penny out of the suppliers, not the consumer. No one asks the shops to do this. And when there is a disaster like the terrible loss of life recently in Bangladesh, while most of the blame has to go to the local country's government that didn't maintain safe standards, the rest falls squarely on the shoulders of the aggressive retailer.

Some retailers will try to play the competition card at this point. 'We can't increase our prices,' they say because everyone will go to our competitors.' Unfortunately this just doesn't hold up. I suspect there is little evidence that price sensitivity is so strong that the few pence per item required to move from being an aggressive squeezer of suppliers to a more sustainable model will make much difference. But if it really does, then make the price change anyway - and instead of aggressively squeezing your suppliers, aggressively take it out on your competitors. Point out that the only way they can undercut you is by mistreating their suppliers. Make a big campaign of it. Name names. Blame and shame. Of course, this is only a safe course if you yourself are squeaky clean, but then you will be, won't you?

So please stop this ridiculous claim. Customers don't 'demand' low prices. They will take advantage of them, naturally. But pricing is not their decision, and to suggest that it is is to shift blame and weasel out of responsibility. Only the shops (or the government through legislation) can ultimately make the choice to set prices fairly and pay their suppliers fairly. And it's time they did so.

This has been a Green Heretic production