A gym to avoid

May 13, 2014
I have long been of the opinion that gyms are among the worst businesses there are when it comes to customer service, and I've just witnessed some incredibly bad behaviour from Feelgood Fitness gym (in Briton Street, Southampton), to the extent that I would strongly recommend avoiding them (aka Parkside Health Club) after the way they treated a teenage customer.

Said customer decided to leave the gym. She told them and stopped her direct debit. A couple of weeks later she got an email saying her account was in arrears. So the very same day she replied, apologising, saying she thought she'd already cancelled, please cancel immediately and let her know any final payment required. There was no reply.

Five days later, she emailed again, saying she hadn't got a reply, and if she didn't hear anything within 7 days she would assume they had closed the account and there was nothing further to pay. There was no reply.

Then on 24 April, 17 days after her second email, she got a threatening letter copied below. There were two problems with this letter. One is that it threatened action if there was no reply within 7 days - but the letter was not received until 7 days after the date on the letter. Secondly it totally ignored the communication in writing that had already been received.

(Update: the cheque was sent immediately and signed for at the gym on 26 April. On 6 May an email was sent asking for confirmation of receipt. Guess what? As of 13 May there has been no reply.) 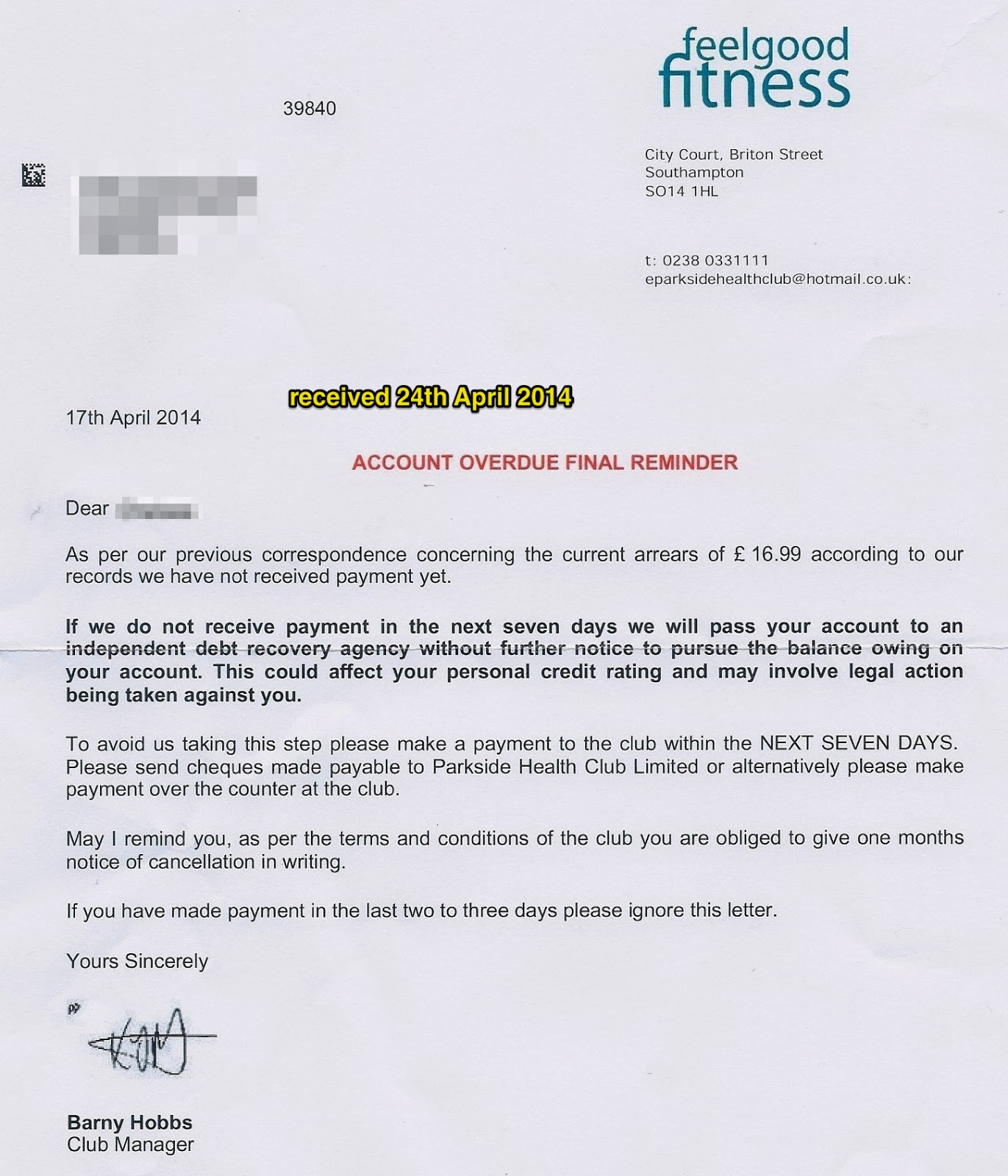