What message does your vote send? 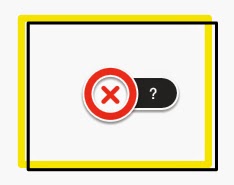 So, polling day in the European elections is upon us. As I've mentioned previously, I really don't want to vote for any of the options available, but I do intend to vote, so what to do? Let's have another go.

Logic says something like this. Of itself, this vote won't make anything happen, because it doesn't really matter what party our Euro MPs belong to, as it won't make any difference to what the European parliament does (which is pretty limited anyway).

So the only point of the vote is to send a message to the political parties about Europe ahead of the election that really does matter, next year's general election. Some people think that they will also send a message about other policies, like the NHS or the environment, but I think this misses the point. The message that will be received will simply reflect the relevant party's attitude to Europe.

So here are my options (in order of the latest poll I've seen):


Okay, they are caricatures, but close enough. Realistically, only Labour or Conservative can form the next government (with or without a coalition) - so they are the target for whatever message I send. The question is, what should that message be?

Sigh. I'm going to have to wait until I'm standing in that booth and hope inspiration comes at the last minute.
elections European parliament politics voting