Who makes the public ignorant? 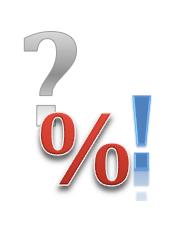 I was interested to be pointed to these survey results in '12 things the British Public Are Completely Wrong About' on Buzzfeed (and finally to the actual survey results here at IPSOS Mori). This is partly fascinating because two of the results simply don't show what the headline suggests, yet no one seems to have noticed this, and partly because it's interesting to think about why public perception is wrong on these issues - and a large part of the blame has to go to politicians, TV and newspapers.

Let's deal with that little quirk where the figures don't reflect what's being said. We are told that 29% of people think that the government spends more on Job Seekers Allowance than pensions and, by coincidence, 29% of people think foreign aid is one of the government's top three expenditures. (In reality we spend 15 times more on pensions than JSA, and foreign aid is not even in the top 10.) The actual figures were 29% and 26%, which surely don't support the headline hypothesis 'Things the British Public are Completely Wrong About'. The title tells us that most of the public are wrong, and yet we are talking about a quarter of those polled. My suspicion is that one reason some people did get this wrong is that it involves doing comparisons with ridiculously large numbers, because the numbers spent on the health service, say, makes anything else seem negligible. In reality, for normal people, as opposed to the government, the £7.9 billion spent on foreign aid is still a massive number, which could easily make it sound like one of the higher expenditures.

But it is particularly interesting to take a look at some of the other assertions (which do seem to be more representative of public views) and see where they might have come from.

It seems a mix of poor understanding of statistics (I still can't get over that '15% of girls under 16 getting pregnant'), disproportionate focus by political parties and imbalanced reporting in the media, which is always happier, for instance, to tell us about crimes than about the eradication of crime, means that the British public is sadly misinformed.

If you'd like to see some more detail on the data behind the headlines, take a look at these slides: