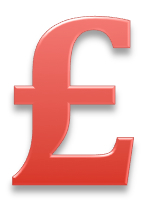 I'm always surprised how many otherwise intelligent people respond emotionally rather than logically to news stories about tax. We hear them moaning about celebrities' tax avoidance schemes, and boycotting Amazon and Starbucks because of their immoral attitude to taxation. Fair enough, but let's take a step back.

How many people write to HMRC saying 'Actually, it's immoral for me to just pay the 20p in the pound I am legally obliged to pay, could I pay 30p instead? That way we'd have a better NHS etc.'? Not a lot, I suspect. But when companies and individuals employ tax avoidance, all too often people say 'Why aren't they paying more? It's immoral? That's money that should be going to the NHS etc.' However, just like the 20p in the pound PAYE, all they are doing is paying the minimum the tax system requires them to pay. (Gary Barlow's scheme failed to do this legally, hence the problems he is having.)

Rather than whinging about the corporations and rich individuals that do this, we should be pressing for a root and branch modification of the tax laws. Firstly, they're ridiculously complex (including all that silliness over whether a Jaffa Cake is a cake or a biscuit) and secondly they have far too many loopholes. The simpler the system, the fewer the loopholes.

This would be relatively easy to do for the Gary Barlows of this world - the problem with doing it for Starbucks, Amazon etc. is that what the moral argument seems to require is that corporation tax on money earned must be paid to the tax authority of the country in which the purchaser lives. And although in principle we could do this unilaterally we are almost certainly not allowed to by the EU. So it would require an overhaul of EU law, not just UK law... and we all know how easy that is.

It also would get quite complicated to administer. For example, I have a UK-based company. I pay UK corporation tax on all my earnings, even if I'm selling something to, say, someone in America. But if this kind of rule was applied, I suppose I would pay less UK corporation tax, and also pay some tax in America. And every other country where my books etc. are sold. Which would get pretty messy.

Nevertheless the principle is clear. We might like to have corporate scapegoats like Starbucks and Amazon to boo and hiss at, but they will comply with whatever laws are available - we just have to make sure our tax laws make sense. It's the politicians we should be complaining about (just for a change), not the tax avoiders. When it comes down to it, we're all tax avoiders, it's just that for the majority who pay their tax by PAYE the avoidance is done for them automatically by the system.
EU HMRC laws revenue tax tax avoidance