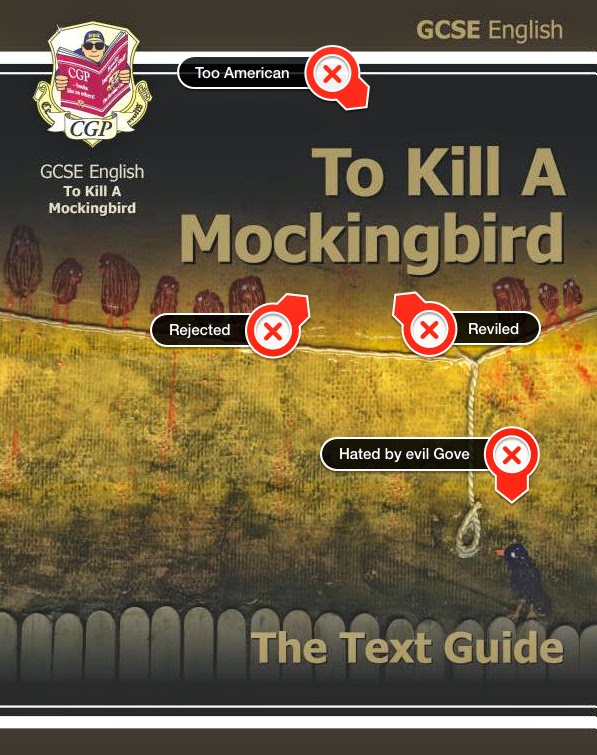 Now that the dust has settled a little over the English Literature GCSE 'Gove bans American classics' kerfuffle, it would be useful to clarify exactly what has happened and why, despite all that anguished wailing and gnashing of teeth, perhaps the outcome is a good thing.

The initial panic arose from a Sunday Times article headlined 'Gove kills the Mockingbird with ban on classic US novels', followed up by similar invective from the Guardian under the heading 'Michael Gove should not kill the Mockingbird.' (Zero for originality, people - certainly not worthy of top marks in an English GCSE.)

This was a total misinterpretation of what had really happened. Last year, the government issued guidance on what should be in the new syllabus. All it specifies is:

There is nothing, zilch, zero to complain about in that. Despite claims in the press it is not insisting that American classics like To Kill an Mockingbird and Of Mice and Men are removed. Surely it is perfectly reasonable to specify at least one 19th century novel (from any country) and at least one British piece of writing from the last century? If English Literature students only manage to read those four items in several years, what does this say about our teaching standards? They could easily read another ten books on top of those - which could include Mockingbird et al.

As it happened, OCR, one of the exam boards, published its decision recently on what to include and the two aforementioned American greats weren't in it, nor was The Crucible. This was what triggered the articles, but the newspapers'  claims about bans had nothing to do with what had actually happened. And anyway, it's a poor English teacher who only asks his kids to read the set texts.

However, I'd take a stronger line - it's time for a change! It's over forty years since I was at school and those three books (plus Catcher in the Rye, which I could not relate to at all and HATED), were already being taught. As it happened, I loved The Crucible (and Lord of the Flies which we also did), but you are never going to get a selection that is enjoyed by everyone. The point is, it's a very poor selection if it remains stuck in aspic for over 40 years. You might argue a great book will always be a great book - I'm really not sure. I personally think Dickens, for instance, is getting more and more dated. The stories are good - so it still makes good TV - but the books are tiresome. Some classics do survive from generation to generation - Jane Austen still works brilliantly for me - but some are too much of their time. And the same may be true of these American classics.

I'm not saying to avoid American writers - of course not - but there's no need why we have to have American writers either. Just a good selection of varied, excellent writing. I would love to see a novel from the likes of Ray Bradbury (anything but the dreary Farenheit 451, the only one of his books literary types like), Gene Wolfe or Neil Gaiman (two Yanks and a Brit) to show young readers that fantasy doesn't have to be shlock vampire romances or silly swords and sorcery, but can be brilliant wordcraft that really plays with ideas. Why not a really good, well written detective story - or for that matter some high class science fiction or historical fiction? But for goodness sake, let's get away from the idea that all they should read is 'classics' (including 'modern classics'  like the bemoaned titles) or 'literary fiction'. Or, for that matter, just regurgitating the stuff that the teachers were taught when they were at school. That misses the point entirely.
books children education literature reading snobbery