Welcome to The Quantum Age 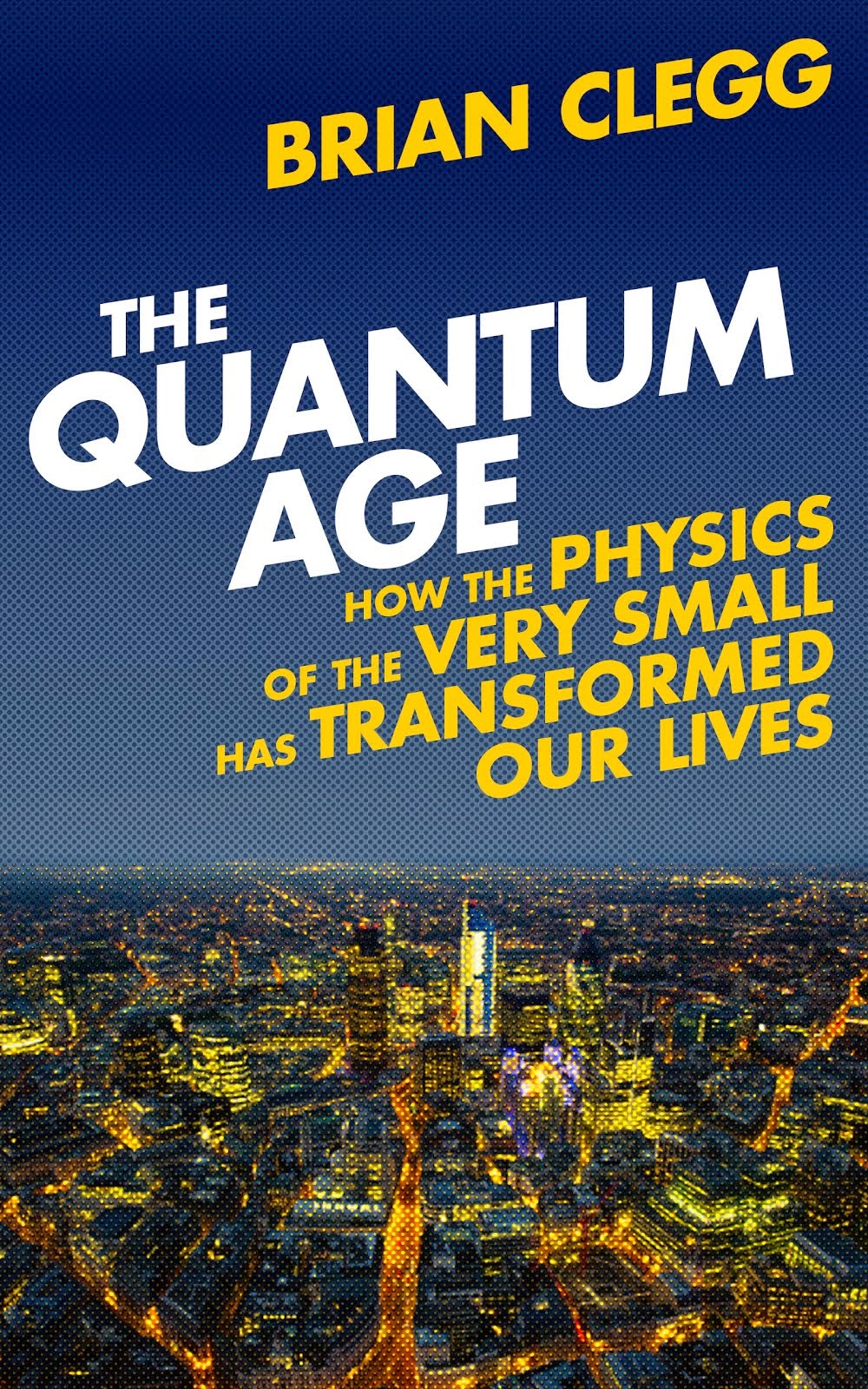 I'm delighted to say that my new book, The Quantum Age is now available - see it's web page for details or to buy. The premise is simple - we have had everything from the stone age to the steam age, but now we're in the quantum age, where quantum-based devices are everywhere (there at least seven different quantum technologies in a smartphone). The book combines an explanation of the basics of the science with the remarkable stories of the development of different applications from basics like electricity, through the natural world of quantum biology to lasers and superconducting magnets.

As a taster, here's the introduction:

The chances are that most of the time you were at school your science teachers lied to you. Much of the science, and specifically the physics, they taught you was rooted in the Victorian age (which is quite probably why so many people find school science dull). Quantum theory, special and general relativity, arguably the most significant fundamentals of physics, were developed in the 20th century and yet these are largely ignored in schools, in part because they are considered too ‘difficult’ and in part because many of the teachers have little idea about these subjects themselves. And that’s a terrible pity, when you consider that in terms of impact on your everyday life, one of these two subjects is quite possibly the most important bit of scientific knowledge there is.

Relativity is fascinating and often truly mind-boggling, but with the exception of gravity, which I admit is rather useful, it has few applications that influence our experience. GPS satellites have to be corrected for both special and general relativity, but that’s about it, because the ‘classical’ physics that predates Einstein’s work is a very close approximation to what’s observed unless you travel at close to the speed of light, and is good enough to deal with everything from the acceleration of a car to planning a Moon launch. But quantum physics is entirely different. While it too is fascinating and mind-boggling, it also lies behind everything. All the objects we see and touch and use are made up of quantum particles. As is the light we use to see those objects. As are you. As is the Sun and all the other stars. What’s more, the process that fuels the Sun, nuclear fusion, depends on quantum physics to work.

That makes the subject interesting in its own right, something you really should have studied at school; but there is far more, because quantum science doesn’t just underlie the basic building blocks of physics: it is there in everyday practical applications all around you. It has been estimated that around 35 per cent of GDP in advanced countries comes from technology that makes use of quantum physics in an active fashion, not just in the atoms that make it up. This has not always been the case – we have undergone a revolution that just hasn’t been given an appropriate label yet.

This is not the first time that human beings have experienced major changes in the way they live as a result of the development of technology. Historians often highlight this by devising a technological ‘age’. So, for instance, we had the stone, bronze and iron ages as these newly workable materials made it possible to produce more versatile and effective tools and products. In the 19th century we entered the steam age, when applied thermodynamics transformed our ability to produce power, moving us from depending on the basic effort of animals and the unpredictable force of wind and water to the controlled might of steam. And though it is yet to be formally recognised as such, we are now in the quantum age.

It isn’t entirely clear when this era began. It is possible to argue that the use of current electricity was the first use of true quantum technology, as the flow of electricity through conductors is a quantum process, though of course none of the electrical pioneers were aware that this was the case. If that is a little too concealed a usage to be a revolution, then there can be no doubt that the introduction of electronics, a technology that makes conscious use of quantum effects, meant that we had moved into a new phase of the world. Since then we have piled on all sorts of explicitly quantum devices from the ubiquitous laser to the MRI scanner. Every time we use a mobile phone, watch TV, use a supermarket checkout or take a photograph we are making use of sophisticated quantum effects.
Without quantum physics there would be no matter, no light, no Sun ... and most important, no iPhones.

I’ve already used the word ‘quantum’ thirteen times, not counting the title pages and cover. So it makes sense to begin by getting a feel for what this ‘quantum’ word means and to explore the weird and wonderful science that lies behind it.