The trouble with religious books 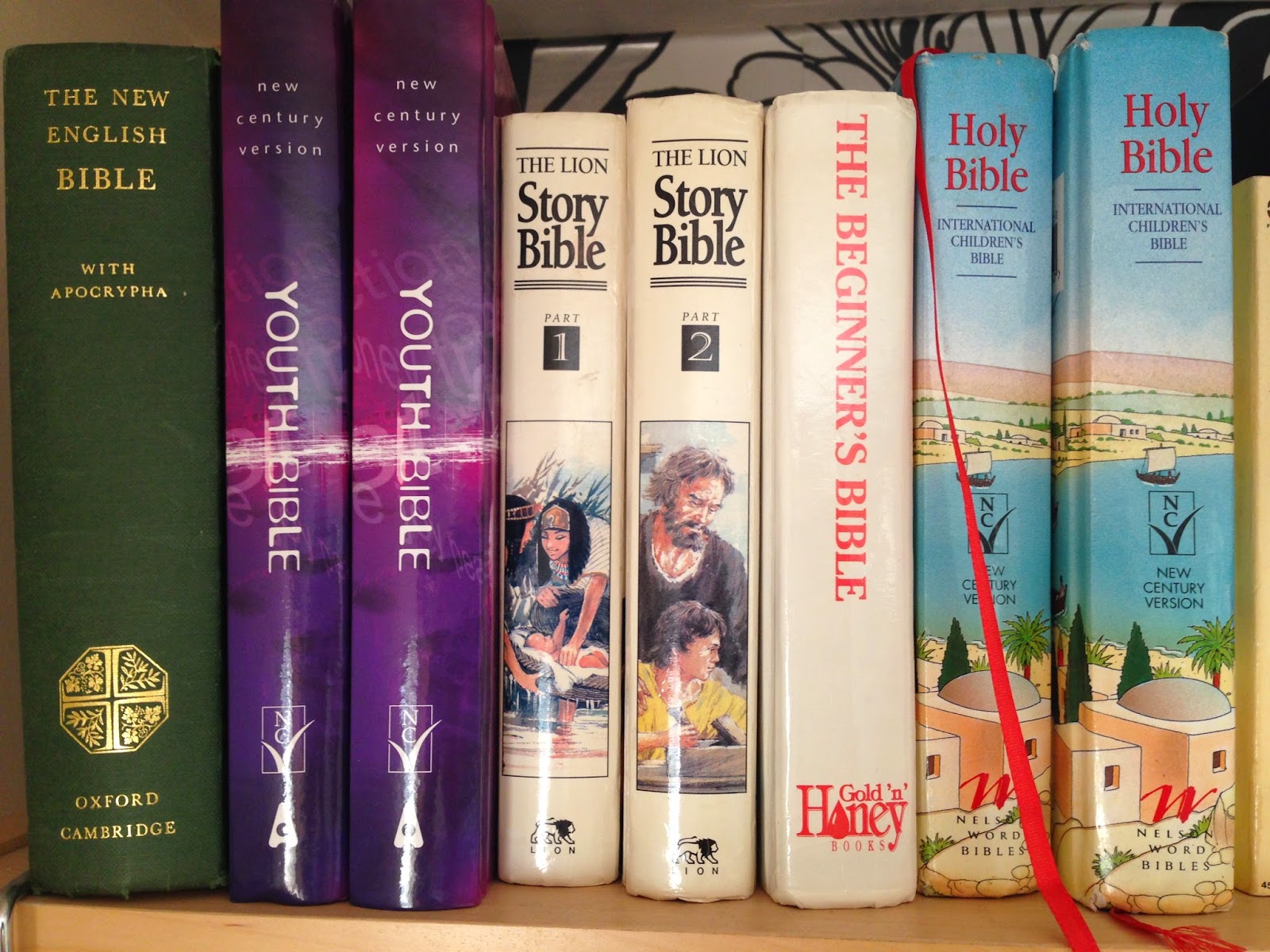 There has been a lot of discussion in the media recently about what in schools is 'conservative religious practice' and what constitutes extremism. I'd suggest there are (at least) two problems here that I haven't heard mentioned. One is that, while a tolerant, open society should of course allow people to undertake 'conservative religious practice' themselves, this is not a licence to impose it on others of the same faith, different faith or no faith at all. While a school should not prevent an individual from undertaking 'conservative religious practice' as long as it doesn't interfere with the teaching activities of the school, it shouldn't be allowed to impose these practices as a standard, whether it is a faith school or not (I personally think we should get rid of faith schools, but that's a different issue).

However, what I wanted to think about today, was a second potential problem, and that is the way that some religions use specific religious texts to justify behaviour and the imposition of that behaviour on others.

The reason I think this is a problem is that there are four different ways to interpret these books, each with some issues attached, each taken by different parts of the inhabitants of the UK, and so having a significant potential to cause problems. In describing these ways, I am using the bible as an example, as it is the religious text I know best.

Level 1 - There's some good writing in there and these are interesting historical texts. This is, if you like, the Dawkins position. In the bible, for instance, there is some rather beautiful poetry and powerful use of language, particularly in the Authorised Version. And the bible is an extremely valuable document for getting a better feel for attitudes to the events it describes at different times in history. However, it can only be regarded as a work of fiction and propaganda, so certainly should have no influence on anything we do today. In the same sense 'interesting historical texts' means that these texts were written a long time ago - they have very little bearing on actual history.

Level 2 - There are some words of wisdom, though we don't accept the basic religious tenets. This is the 'let's pick the good bits' approach. It isn't interested in the religious content per se, but accepts that, for instance, the gospels provide all sorts of advice for good living, treating others as we should and so forth. It's using the bible a bit like one of those 'how to win friends and influence people' type books.

Level 3 - We accept the core religious tenets, but the bible is an amalgam of texts which shouldn't all be given the same weight. This, I would suggest, is the attitude of the majority of those practising a book-centred religious belief. In terms of the bible, it says, for instance 'I accept Jesus' role as son of god, sent to save us', but is happy to pick and choose those bits that it is felt are acceptable. So, for instance, such a view doesn't require the story of creation in Genesis to be literal. It doesn't take it as literal when we hear that Jesus 'cast demons out' - this is just taken as a pre-scientific interpretation of mental illness. And this viewpoint is happy to ignore those aspects of the book - for instance, the more blood-thirsty and unpleasant rules in the Old Testament, or when St Paul says 'women should not address the meeting. They have no licence to speak, but should keep their place as the law directs. If there is something they want to know, they can ask their own husbands at home.' Ah, that's just Paul (or quite possibly whoever added it long after Paul wrote the epistle) expressing the social attitudes of the time, they say. This is fine, but as soon as you do this, you are in no position to make any restrictions on other people based on what the bible says. If you believe there is room to dismiss aspects of the book, you can't prevent anything because it is 'against your religion' or 'not appropriate for our religious practice.'

Level 4 - the bible is to be accepted word for word and is the inerrant word of god. This is the view we would typically describe as fundamentalist and leads to creationism and various other outcomes. The problem with this view is that the bible is a collection of texts from different periods and suffers as a result from both inconsistencies between books, and also in some cases inconsistencies within books. So, for instance, the first two chapters of Genesis contain two different creation stories (generally considered to have come from two separate older cultures) which are incompatible. If you take these as parables, putting god and religion into context, that incompatibility is not a problem - but if you consider it literally true, there is nowhere logical to go. Similarly, in the New Testament, the gospels are not consistent in what happened where in what time order. Again, fine if you take them as attempts to make specific points, but not as literally true historical documents. And once you get onto the epistles, there is plenty of inconsistency, because they are instructions from a series of very different church leaders.

Not one of these levels gives us a basis for imposing religious rules and behaviours on others. The first two levels wouldn't even attempt it. Level 3 only attempts in in the areas it agrees with - which is hypocritical, as level 3 supporters are happy to ignore those aspects that they consider to be outdated, but are still trying to impose the rest on others. Where is the 'authority' for that specific division? In once sense, level 4 supporters do seem to have a basis for imposing their religious view. If they genuinely believe in the absolute truth of every word of the book, then you can see why they might try to impose it. But here the problem is that they are basing their imposition on something that is inconsistent. And as soon as you do that, you lose any right to do so - if it were taken before a court of law you would be pulled to shreds by the opposition.

So, I would suggest, there can never be an acceptable basis for imposing religious rules and behaviours on anyone other than yourself.
extremism faith schools impositions religion schools