Another poke in the QI 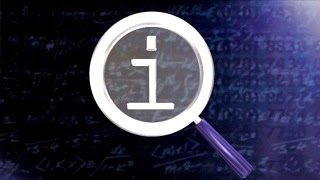 I love the BBC TV show QI dearly, but since they so delight in the misunderstandings of others, they are fair game when they get something a trifle wrong. Recently they did just this - or to be precise, they omitted an important part and focused on an answer that, while true, was not the best picture.

Specifically, they were asking about Sherlock Holmes and what kind of reasoning he employed. Inevitably, someone fell into the trap of saying 'deduction', because we associate phrases like 'And what can we deduce, Watson?' with old SH, even if never said. 'No,' said the awesome Stephen Fry, 'he used abduction.' Now I would like to suggest that this is an incorrect remark on several levels. Firstly, occasionally Holmes did use deduction. And, yes, he did sometimes use abduction. But I think his main technique was, in fact, induction.

Here's a quick summary of the three, using that most delightful of reasoning tools, the logical swan. (These examples are probably not perfect if you are a nitpicking logician, but good enough for QI purposes.)

Deduction: Mr Davies makes model swans. He only makes white model swans. I have in this box one of Mr Davies' swans. I can deduce (without looking at it) that it is a white swan.

Induction: I have been down to the river and all the swans I examined (possibly with a magnifying glass) were white. I form the hypothesis 'all swans are white' (and it holds up pretty well until I visit Australia).

Abductive: All the swans I have observed are white and the most likely explanation for this is that 'all swans are white'.

The distinction between induction and abduction is extremely subtle. Both go beyond what is logically proved by the evidence (known in the trade as being 'ampliative') but abduction specifically requires an explanation - the reason that the swans I have observed are white is that all swans are white, where induction is more statistical: 100% of the swans I have observed are white, so I will use the hypothesis that swans are white without worrying about the reason why this is the case.

So when Sherlock does his party trick of saying something to the effect of 'I see you are an ex-military medical man, recently returned from Afghanistan,' Holmes is almost certainly using abduction, but when he does his day job, using cigar ash or a footprint in the soil, it is likely that he is using induction.

Back to QI, to be fair and logical they did not say that what Holmes did wasn't induction, because no one brought it up - but to state plonkingly that what Holmes used was abduction is no better answer than the 'deduction' that got so derided.