On the pros and cons of business tweeting In the past I have used my blog to say nice things about a company (for instance Ed's Diner) or to be less nice (Anglian Windows springs to mind). In principle companies can keep a watch for comments anywhere online and pop in and make a response - and occasionally they do - but usually such good or bad publicity goes unnoticed by them.

Twitter, though, is different, because there is a communication element as much as it is about broadcasting to the world. Every company worth its salt now has a Twitter account, and used correctly it can be a huge PR coup, but getting it wrong makes your business look feeble or out of touch.

The big difference from a blog post is that when tweeting it is easy to use the company's Twitter name in the tweet and hence highlight the tweet to the company (or individual) that is being being talked about. So, for instance, when someone tweets about one of my books, if instead of saying 'by Brian Clegg' they say 'by @brianclegg' then their tweet appears as a notification on my Twitter feed.

Now, companies who don't understand social media spends all their time pumping stuff out about themselves and ignore others who mention them. But a savvy company responds to tweets. Because once you've had a conversation it's hard to see the other side as a faceless corporation. Unless the Twitter operative messes up the conversation, the company will improve its image.

As it happens I had occasion to tweet twice about companies at the weekend on my journey to Lichfield to speak at the excellent literary festival, and what happened as a result of this is a great reflection of that observation.

The first was my favourite newspaper, the i. I probably read a newspaper around once a week, and the i does exactly what I want from a paper (and suits the pocket of a straightened writer). I noticed the classic error below: 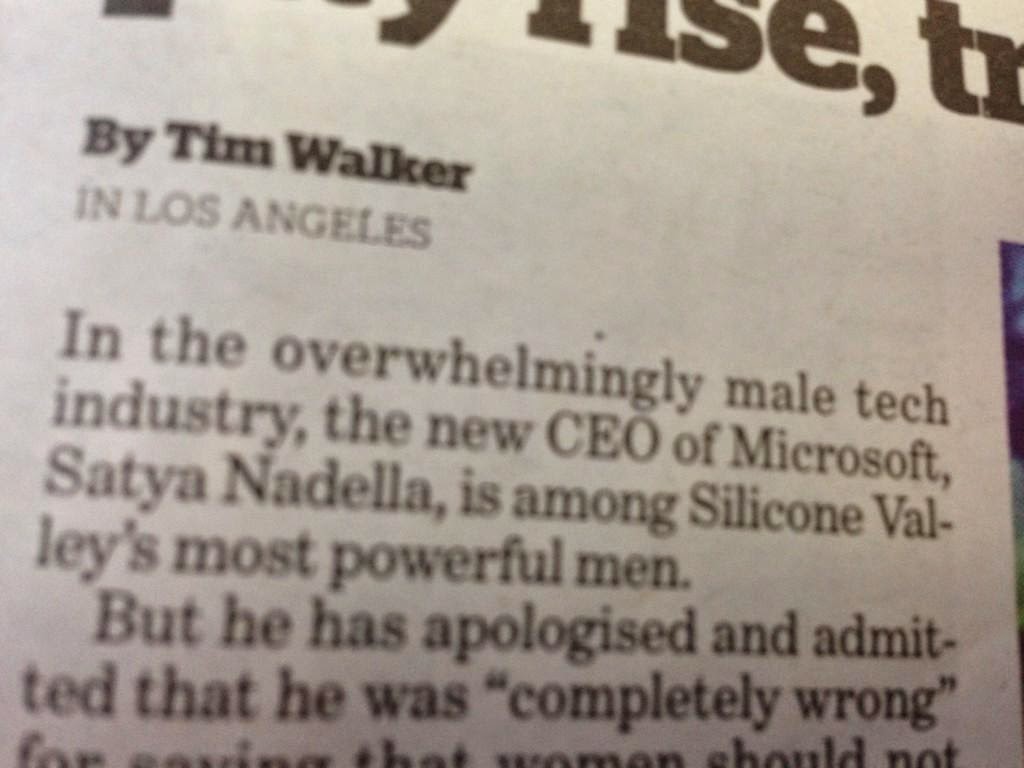 ... and tweeted oops, the i newspaper (@theipaper) thinks Microsoft makes breast implants. They kept a dark silence, though the tweet got plenty of response from others (including pointing out that Seattle is a teensy way from Silicon Valley). So zero marks for the i.

Within a few minutes, Cross Country Trains had tweeted back, 'Hi Brian, trains are delayed following a person being struck by a train earlier at #CamAndDursley - apologies for the disruption.' I pointed out that the station announcement had said it was due to the rather more amusing 'animals on the line' and again I got a quick response: 'That's a little odd Brian! We can only assume something was lost in translation between our control and station announcers! :)'

There is no doubt which of the two has gone up in my estimation, and which has gone down. (Oh, and on my return trip, the Cross Country Trains service I caught from Birmingham to Cheltenham was on time.)

* I like Birmingham, but I am convinced that New Street is, in fact, Mordor station.