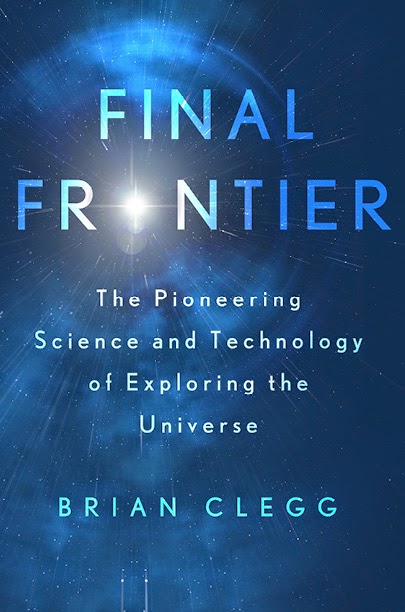 I get lots of emails and comments on my Facebook page and Twitter about my books, most of them very positive. But occasionally people do email me to point out an error.

And sometimes I have to hold my hand up and say 'Oops, I made a mistake.' Because I'm human, and it's easily done. Even on something absolutely fundamental. I have (briefly) forgotten the name of a close friend when introducing them to someone else, so it's not shocking I may occasionally have a mental blip on some obscure bit of physics.

However, personally, if I was going to email someone to point out a mistake, I would do so apologetically and appreciating how easy it is to make a mistake. So it was a double blow when I got an email not just pointing out an error, but doing so decidedly aggressively. Headed Glaring Bit of Misinformation! the email read:


Dear Sir,
Began reading your latest book, “Final Frontier”, but had to quit after reading page #65, when it became obvious that you really have no clue as to what you are talking about.
You are discussing the construction of a paternoster-type space elevator on the Moon, when you state “The mechanism would be designed to swing at just the right speed to match THE ROTATION OF THE MOON”.  Unless I have been lied to by every book on planetary physics that I have ever read, the Moon is tidally locked to the Earth, AND HAS NO ROTATION. Perhaps you somehow missed that small bit of information?
As I said, I stopped reading the book at that point, and will probably avoid your works in the future.

To be fair, it's an easy mistake to make (which is why it's best not to be so hard on poor authors who slip up). The Moon is, indeed, tidally locked to the Earth - and that gives a mental image of it being fixed in position. But what this means is that the Moon's speed of rotation is just right to keep the same face pointing towards the Earth as it orbits. It's not that it doesn't rotate, just that it rotates at a particular, 'locked' speed. (Technically it's not so much locked as self-correcting.)

The Moon doesn't rotate very quickly - but that's not a bad thing. At the equator, the Moon's rotational velocity is about 4.5 metres/second. To put that into context, world class athletes run 100 metres in just under 10 seconds, or 10 metres per second, so at a little under half this, the Moon's equatorial surface is rotating at a jogging pace.

My message, then, is don't expect perfection from a science writer - but it pays to be polite when pointing out errors for many reasons.