Fairness and the election 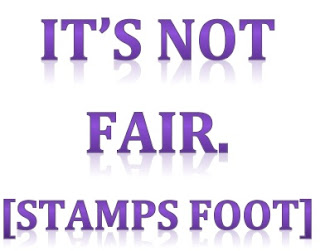 I am getting the teensiest bit irritated with people moaning that the general election last Thursday wasn't fair. Actually I am furious. We have everything from people whingeing on Facebook to violent protests all with the same message - that the outcome of the election wasn't fair. But what do they mean by 'wasn't fair'?

All too often what they mean is 'Whoever I voted for should have won the election.' This clearly isn't democracy, it's dictatorship. Like it or not, the election was fair given the election system we have - it reflected the public's opinion, given that system.

'So the system's wrong!' said moaners and protestors shout from the rooftops. 'Give us proportional representation, so we can oust those hated Tories.' But here's the thing. I voted for PR in the referendum. (OK, technically AV is only semi-PR, but probably the best compromise.) Did all the people who are complaining? If everyone who wanted the Tories out had voted for PR, we would have got it. Yet 67% voted no. To be fair, Ed Miliband supported it, but I didn't see all the people who are now crying 'Unfair!' being equally fervent about encouraging us to vote 'Yes' in the referendum.

However, if all I did was go on about the people who only want PR when they don't get the election result they want, this would be a whinge too. So to end on a positive note, if you aren't happy with First Past the Post, please do pop over and sign the Electoral Reform Society's petition for a fairer voting system. Will this do anything? Not directly. I see no reason why the current government would go for another referendum during this term. But it will help demonstrate the undercurrent of interest that could lead to this being a significant issue in the next election.