Say goodbye to some old friends 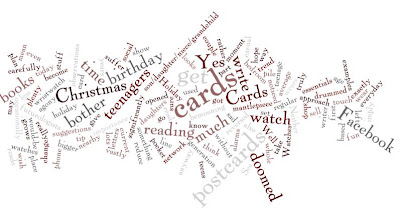 We're used to complaining that the teenagers of today don't read books and don't write letters. And the not reading books part is really sad. (Yes, I know your son/daughter/niece/grandchild reads lots - but on average teenagers are reading less than we did at the same age.) It's a trend I truly wish (without too much hope) will be reversed. How can I not, as a writer? But I think these are part of a significantly bigger change that will take place as the current generation grows up. Here's a couple of suggestions based on observations of nearby teens:
I'm sure there are plenty more examples for would-be futurologists to have fun with. But if I were you, I wouldn't plan to sell watches or to own a card shop in 30 years time.