Islands of birth and rebirth

October 31, 2013
Thanks to Nik Morton for a guest post suitable for Halloween. Nik spent 23 years in the Royal Navy as a writer, and after retiring from the Navy went into IT. He moved to writing for and editing magazines and now lives in Spain where he is concentrating on writing. 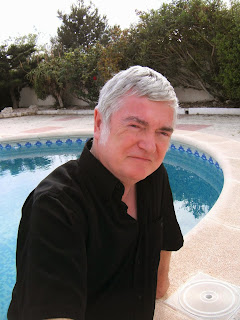 Malta is rich in history and scenic attraction. I first visited the island in 1967 when our ship HMS Zulu docked in Valletta harbour. I hadn’t been in the Royal Navy long – joined two years earlier. In those days, approaching foreign ports was always exciting. I’d been fascinated by Amsterdam, and Gibraltar was breath-taking. But Malta was something else again. The grandeur of the Grand Harbour has not diminished over the years – it’s still one of the most photogenic scenes I’ve come across.

Going ashore in civilian clothes, I toured the island by local buses. They’re economical and cover virtually the entire island. On one journey, I got to the fish-tail of the island and caught the ferry across to Gozo, only in time to come back again. The islands comprise, Malta, Gozo, Comino, Cominotto and Filfla, comprising about 313 square km.

Some years later, in 1974, I was drafted to the RN Hospital, Mtarfa and lived with my new bride Jennifer in the city of Rabat, overlooking the verdant valley, the hospital in plain sight. Here, I conjured up the first ideas for a modern-day vampire novel set in Malta. Life, work and other commitments meant I didn’t progress with it.

Malta has museums of old bones, rocks, and pottery that tell of early times. In about 3,800 BC stone-age man lived in the rocky countryside in caves. His life was dominated by the sun which he saw rise early from the sea and soar overhead until it finally settled again into the sea at night. Birth and rebirth. The climate combined with the daily sun provided a bountiful gift. So to perpetuate this cycle they erected temples to the Goddess of Fertility. Using simple stone tools they built complex edifices of massive stone blocks at Hagar Qim, Mnajdra and Ggantija. At Hal-Saflieni they cut into soft rock, creating the underground temple of the Hypogeum.

As the centuries progressed, sailors, travellers and tradesmen emerged, and the island was on their route of exploration and trade. The first documented history of the islands was about 1400 BC, when Phoenician galleys carrying 200 men each sailed into harbour. They brought with them their language and customs. The galley designs still can be seen in the luzzu fishing boats that work at sea, as well as the dhajsa (diso in naval parlance) that served as water taxis in the harbour.

Malta was invaded time and again – Greeks, Etruscans and Carthaginians, amongst others. Then around 200 BC the Romans arrived. Under the Romans the islands flourished and it was during this period that the apostle Paul was on his way for trial in Rome when he became shipwrecked, cast ashore on Malta’s northern coast. He stayed for three months and began the long tradition of Christianity that is still evident wherever you look on the islands; apparently, they have a church for every day of the year.

By 800 AD the Arab empire was expanding and the islands came under their rule; it was a peaceful transition. The Arabs brought new farming techniques, shrubs and trees that would transform the land. Barren fields were altered, becoming fertile, with abundant vegetation. This rich period lasted almost 200 years until Roger the Norman took Malta to make it the southernmost outpost of the Norman conquest of Europe. Many fortifications still found on the island hark back to this time.
By 1530 the islands had passed into the fiefdom of the Holy Roman Emperor, Charles V. He granted the islands to the Order of St John, who’d recently been driven out of Rhodes by the armada of Suliman the Magnificent. He asked the Knights for rent, one falcon a year.

The knights strengthened the fortifications, especially around Grand Harbour.

In May 1565 the Turkish fleet arrived; 200 ships carrying 40,000 troops and a battery of artillery. Facing them mustered 700 knights and 7,000 Maltese volunteers and mercenaries. Defeat seemed inevitable. Brave defenders held on for four months until a relief force arrived from Sicily. The Turks fled for home, an utterly broken force, having sustained a loss of more than 30,000 men.

In case the islands were again invaded, fortifications continued, and the city was renamed Valletta in honour of the great Grand Master, La Vallette, who had repulsed the Turks.

By the end of the 18th century, the knights had mostly forgotten their religious calling and taken to a life of luxury and decadence. In 1798, Napoleon Bonaparte sailed into the harbour on his way to conquer Egypt. The knights surrendered without a fight, and the order was dissipated. The Maltese soon found that their new French overseers were merely intent on pillaging the islands, so the Maltese sought the aid of the English. In 1800, Nelson blockaded the harbour and the French garrison surrendered. This ushered in 160 years of British rule.

That’s a very brief history of the islands. It’s rich in prehistoric temples, neolithic sculptures and grand old cities like the silent city of Mdina, which was begun in Roman times. Many historical or fantasy TV and movie films have used these places as backdrop, not least Gladiator and Game of Thrones. 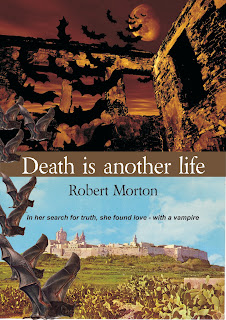 Once retired to Spain, I found time at last to concentrate on the novel I’d always wanted to write. The intervening years meant that I could do the story justice. This became Death is Another Life. I have also written the screenplay of the book.

A lengthy flashback to 1573 in my novel features two knights who succumb to the wiles of a female vampire and become undead as well. They survive to the present day. A small excerpt:


“Indeed,” he said, pressing her hand on his chest, where she felt his heart beating. “I’m one of the undead. But we’re in unknown territory, my dear. Though I have lived long, I still crave to live longer.”
Maria shook her head. “I’m finding it hard to get my head round this. I mean, you’re over 400 years old –”
“Yes, and the sunlight plays havoc with my skin. I have to use barrier creams.”
She started. “Your reflection–”
“Yes, what about it?”
“You have one!”
He laughed, the sound echoing. “A myth. Some laws of physics can’t be broken by the supernatural.”
“Garlic – does it repel you?”
“Only if I hadn’t eaten it at the same meal as you.”
“Your skin – you mentioned barrier creams. Does that mean–?”
“No, sunlight won’t turn me into a pile of dust. It will age my skin, though.” He stroked his chin and grinned. “And as this skin has to last me quite a few centuries, I’d rather it didn’t suffer too much. I’m more fortunate than those sufferers of porphyria, who are confined to a life of darkness; anything stronger than a 40-watt lamp and the skin will shrink under scalding blisters. Necrosis of the skin is not uncommon. Acute varieties of the ailment can be very painful.”
“That rings a bell. I think it’s treated with blood. In fact, wasn’t porphyria used as a scientific explanation to support the existence of vampires?”
He nodded. “A pint or two of heme can ease the symptoms. Yes, heme as in hemoglobin.” He smiled. “Of course, there’s no basis in fact that porphyria is in any way related to vampirism.”
She couldn’t resist an exasperated, “Are any of the stories true about vampires?”
“Some.”

I’ve used real places in the islands for the dramatic scenes, whether that’s the impressive church in Mosta, with its unsupported dome, the silent city of Mdina, the prehistoric sites of Mnajdra, Hagar Qim, and  Ghar Dalam. The fascinating streets of Valletta, the delightful karozzin carriages that pose a lethal threat, the salt pans on Gozo, all figure in the book, as do Gozo’s church of miracles at Ta Pinu and the eerie Calypso’s Cave. Combined with the vampirism is black magic, of the Dennis Wheatley variety, dark and ugly, even touching upon the ‘the Buxen’ of 1778 in Venice.
Jennifer and I have been back to Malta a number of times. It’s a fascinating destination and I can highly recommend it – without the black magic and vampires, of course!

Find out more about Nik and his book at his website