October 23, 2013
I hate the term 'meme', because I think there is a very poor parallel between genes and ideas (and it's a cringe-making word), but it can be quite handy when referring to a phenomenon that is very common online. It used to mostly happen through emails, but these days it is more likely to be a Facebook 'share' because it is easier to do.

Typically you get a message from a friend that either warns you of something dire ('Don't open a message like this! It's a computer virus!' or 'Don't use this product, people have been killed by it'), or says 'like this picture and something amazing will happen' (it won't), or tells you something outrageous that really underlines your suspicions about someone in the public eye (most recently that Michele Bachmann wants to ban Halloween).

I'd suggest three quick checks, which can be done in a few seconds. This can a) prevent a red face when you discover you were duped later and b) avoid these silly messages clogging up the e-waves. So: 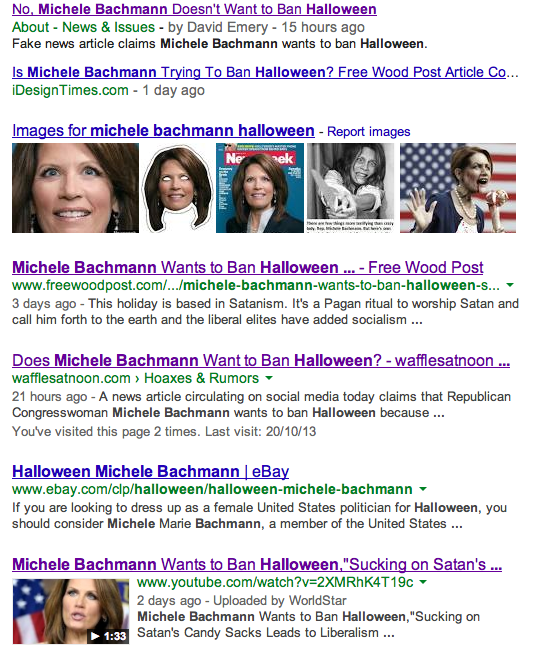 We all get caught out occasionally, but by using these simple checks you can minimize the embarrassment.

Incidentally, as 'memes' are clearly more like viruses or bacteria than like genes, perhaps we should call them miruses or ideria. Just a thought...