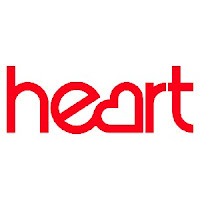 Every now and then I like to take a mild pop at what is sometimes described in blogging circles as 'woo'. Not everyone likes this term, but it quite appeals to me. It refers to something based on superstition or bad science that is sort of all... well, 'Woooo!' (To be pronounced in ghost-like manner.)

I was saddened, if not totally surprised to hear our local commercial radio station Heart FM talking the other day about Feng Shui as if it were fact, rather than woo. Some local 'expert' had volunteered to sort out one of the presenters' love life by rearranging his bedroom (no, really). There was no real attempt to suggest that this was not a likely method to make anything happen. So I went into Mr Angry mode and sent an email of to Heart. To his credit I got a swift reply from Mark Franklin, the programme controller for Heart Wiltshire. He said:

The whole purpose of the piece was not to give [Feng Shui] any validity. The team spoke of Feng Shui a few weeks ago as 2 of the on air team thought it was a load of rubbish and the third was open minded. As a result, a Feng Shui expert called up and offered to enlighten the team to its merits and to try an experiment – which they did.

Ultimately, they were having a bit of fun.

Okay, fine, but there was no reference back to thinking it was 'a load of rubbish.' More to the point, though, it was disappointing that the ‘expert’ wasn't pressed to justify that ‘expertise’ rather than just have it taken as such. How does it work? How has it been verified?

Something like Feng Shui may well be just fun as Mr Franklin suggests if it's done at no cost, but when someone pays good money for an 'expert' to do a Feng Shui reading (or whatever it's called), it's disappointing that there is no intervention by Trading Standards, given that this appears to be a payment for something where there is no evidence it works. Of course there may be lots of good evidence I don't know of - but in the absence of evidence, which way should the benefit of the doubt go?