Why don't publishers tell us what we want to know? 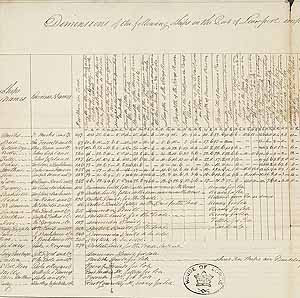 Just occasionally I do a post that is moaning about publishers. Now don't get me wrong, I love 'em. They're great people, and they pay the bills. But as a business, publishing is positively stone age. I've mentioned before how incredibly slow their accounting systems are. But there's another problem. The reports you receive from a publisher on your books are absolutely rubbish. They don't tell you what you want to know.

Take the absolute core piece of information. How many copies of your book have sold. Guess what? They don't tell you this. All they tell you is the net outgoing of books in the last six months. First it's not the number of books that have gone out in that period, it's the number minus any returns. Second there's no running total. The only way to figure out how many you have sold is to add up the numbers off all the separate royalty statements. If you have had a book out several years, this is a real chore.

The first thing a new publisher tends to ask is 'how many copies did your last book sell?' Honest answer: I haven't a clue, because publishers don't tell you. Now if you speak to your editor (s)he can push a couple of buttons and tell you how many have sold in total, or in the last week instantly. They just don't bother to pass this on to the author, which I think once more reflects the rather Victorian attitude they have to records and book-keeping from the author-facing viewpoint.

Those total numbers will probably come to a shock to many people. According to Bubblecow, seven of the 20 titles on the long list for the Orange prize for Fiction sold less than 1,000 copies in the year (and most fiction sales plummet after the first year). We're talking literally a few hundred copies of many books. It's painful, but still something authors should have a clearer picture of.

There's the upside too. If you have a book that's sold tens of thousands, it's worth celebrating. More than that, quite a lot of contracts have escalator clauses. This says that when you sell more than a certain number of copies, your percentage royalty goes up. But without a total, the author can't check this. And it's necessary because I know from experience, with the best will in the world, publishers can get this wrong.

So how about it, publishers? Why not provide your authors with some decent sales information (or even better, access to your sales system for their titles)?
books publishing sales