What are you doing for National Wind-up-a-scientist Day? 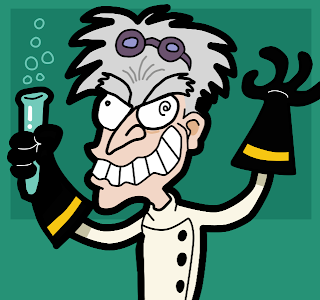 Whether you love scientists or loathe them (as a science writer, I admit to a certain fondness) - or even if you are a scientist - you have to admit that they have a tendency to take themselves too seriously.

On this first National Wind-up-a-scientist Day, I think we all have a duty to find some little way to tease a boffin. This isn't cruelty. No scientists will be hurt in the making of this day. The idea, rather, as we were always told at school, is that if someone takes themselves too seriously, the best thing to do is apply a little humour. It does the trick every time - and they'll thank you for it when they realize that this makes them seem more human to the rest of us.

So what can you do? The opportunities are vast. Consider for instance:
And so on. I'm sure you can think of much better ideas. And remember, if you are a scientist, you clearly don't take yourself too seriously, but think of all those colleagues who do. Get to work!