Sorry, Jonathan Creek, but you got this one wrong 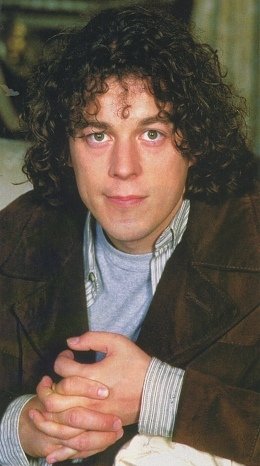 I very much enjoy Jonathan Creek, David Renwick's comedy drama in which designer of magical illusions Jonathan comes up with solutions to seemingly impossible crimes. I mean, it's Alan Davies, how can you not like it? Just occasionally, though, it's irritating because the writer gets it horribly wrong - and that was the case in last night's special, The Judas Tree.

One of the mysteries Creek solves is a Victorian puzzle where a man is seemingly murdered without a means. He is told he will die at a certain time. At the appointed hour he is sitting on a deserted lawn in plain sight. He checks his pocket watch - it's the time. And he dies. From the bushes far away, the Egyptian 'witch' who has cursed him screams - she says she saw death arrive. Nothing has touched him, nor has anything he consumed been poisoned.

So far, so good. The solution that Creek comes up with is that the man's pocket watch had been pumped full of hydrogen cyanide and sealed. The woman's scream was carefully tuned to shatter the glass, releasing the gas and killing him. Unfortunately there are two big problems with this.

The first is the cyanide gas. This was experimented with for gas warfare in the First World War and abandoned for the much less poisonous chlorine. The reason - it's lighter than air and disperses too quickly, before it can be breathed. The chances of a wisp of it escaping from the watch and killing the victim are negligable. Yes it is a deadly killer - it was the gas the Nazis used in the gas chambers - but is unlikely to work in the open air.

Much worse, though, was the breaking of the glass. It is incredibly difficult to do this, and the singer has to produce the exact note the glass produces when it vibrates. A random scream would not do it. More to the point, the singer has to be very close to the glass - no one could do it from distant bushes. And worst of all, the glass has to be able to vibrate with the resonant frequency. Tap a wine glass and you hear it 'sing.' Tap a watch glass and you get a dull clunk. The fact that it is fixed in place means it can't resonate. It couldn't work.

Now you may say 'So what?' It's just a story. But the whole point is that there is a real, physically acceptable solution to the seemingly impossible problem. If we don't have to worry about real world science applying we might as well say someone waved a magic wand and cursed him, or invisible fairies flew in and smothered him. I'm sorry Mr Renwick, but here the science simply doesn't hold up. Better luck next time.