Can a fact be a stereotype? 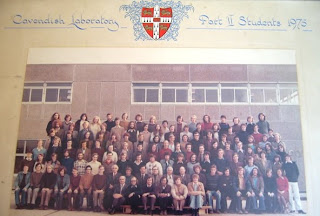 It's easy to come up with a knee-jerk reaction that labels information you don't like as a 'stereotype' hence dismissable. But can something that is factually accurate be a stereotype? According to my trusty dictionary, a stereotype is 'A preconceived and oversimplified idea of the characteristics which typify a person, situation, etc.'. Although it is not explicit, I would suggest 'preconceived and oversimplified' implies being factually inaccurate.

As soon as we accuse someone of assuming a stereotype to be true, the suggestion is that they aren't reporting facts but rather some biassed idea that doesn't reflect reality.

I was fascinated, therefore to see this assertion on the Geek Feminism blog:

Now let me be very clear. I am 100 percent in favour of there being no gender differentiation in the selection of people to be scientists, and I believe that everyone, female and male, should be encouraged in an interest in science. I would be delighted if we had equal representation of both sexes in the sciences. And I am very disappointed if the lab visit had no impact on boys' portrayal of a scientist.

But the repeated use of the word 'stereotype' seems to be misleading. There are many more male scientists than female (particularly in the physical sciences.) The picture above (apologies for fuzziness, it is sealed in a glass-fronted frame) is my final year physics group. Despite some difficulties identifying who is what due to a lot of long hair, there are many, many more men than women.

My problems are twofold. One is the misuse of the term 'stereotype', the other the odd nature of the experiment described. The author is looking for students to switch from representing scientists as male to female after a lab visit. But even in ideal conditions of a 50:50 gender distribution, there would be something wrong if all the scientists pictured were female. That too would be a misrepresentation. But not a stereotype.
gender in science scientists sexism stereotypes