Me and my history teacher 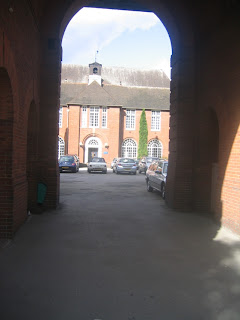 I ought to start straight away by saying that the vast majority of teachers are great, and that this isn't knocking the teaching profession in any way. But I want to tell you a little story about me and history.

At secondary school, I loved history. I was a leading member of the History Society for the lower half of the school. I lapped it up. And yet the last history test I did, I got 18%. They wouldn't let me near a history O-level.

Now I admit, in part, this is because I was bad at memorising lots of information. This is why I loved physics O-level so much. I condensed down everything I needed to remember for this on half a sheet of quarto paper. (We hadn't got A4 back then.) Everything else I could deduce. But history wasn't like that. (There's still too much memory in the subject as taught, I'd suggest, today.)

However I put my total incompetence at history down to a single teacher we suffered. He was a lovely man, dedicated to the school. In fact he didn't really know much else. He'd been educated there and he spent all his working life there. He's dead now, but long after his retirement he spent much of his time at the school. Striking character though he was, he was a terrible teacher.

His lessons consisted primarily of two things. The major part was recounting his experiences in the war. These were quite interesting. He alleged (and it may well be true) that he was the soldier who just happened to be nearby when Hess parachuted into the country and gave himself up, so that first night he was in charge of Hess, before someone more senior could turn up. But his reminiscences had nothing to do with any history curriculum known to man.

The other thing I'm a bit more vague about, but seemed to consist of being told how one should and shouldn't behave. This meant not being like the yobbos from 'Slopton on the Slush'. And also (I really can't remember why) regularly featured the catchphrase 'If you haven't been to Manchester, you haven't lived.' Manchester was pronounced 'Minchester' in this. Great for the school mimics, less useful for history.

We simply learned nothing. This was at what was, and still is, considered one of the best academic schools in the country. So it doesn't surprise me to hear there are some bad secondary school teachers out there. But what surprises me in this child-centred world is why we don't have any mechanism for doing something about it. All the students know who bad teachers like this are. Those who want to learn (and there are plenty) get really frustrated by them. But there doesn't seem to be a mechanism for pointing this out to the school. If parents do, they're whingers. If students do, they are overstepping their bounds.

And that's a shame. I have no intention of sitting the exam now - I console myself that I have at least written some history of science books - but I still regret never getting further with history.
schools teachers teaching