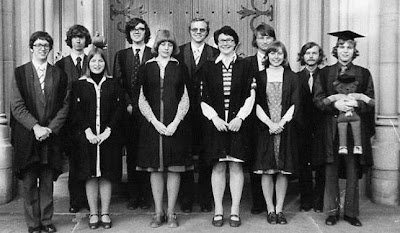 As I've observed previously, I've been involved in music in my spare time as long as I can remember. My particular favourite genre is Tudor and Elizabethan church music - rather specialist, I admit - though I'll happily sing (and have sung) practically anything.

I also conduct a village choir, and it's indirectly from this that my concern arises. The choir is affiliated to an organization called the Royal School of Church Music, which sounds very grand (and sometimes considers itself to be very grand), but is really just a practical support group for choirs performing church music.

Every quarter, the RSCM produces the imaginatively titled Church Music Quarterly. In the most recent issue it was suggested we should all investigate church music from different cultures, which is fair enough in principle. But one of the articles went further and told us that every service ought to involve a piece from another culture, preferably involving singing a language we don't understand. I'm not so sure about that.

What I particularly resent about the tenor of these articles is the way that multiculturalism seems to be a one way street. No one seems to suggest that (say) African churches should include some Byrd or Tallis in their music. But we are expected to drop it in favour of music from a different culture. If the RSCM were to say that Chinese churches should not use Chinese music it would rightly be seen as cultural imperialism. But when I want to use the music of my culture, it is looked down on as being patrochial and isolationist. It's time we did away with double standards of this kind.


The picture shows one of my earlier experiences of singing in a choir, in this case a subset of the choir of Selwyn College, Cambridge c1976. I'm second from the left.
church music culture multiculturalism