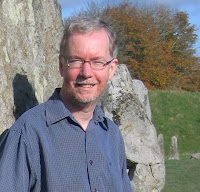 This post is part of a response to an article by Simon Jenkins in the Guardian on Thursday. This follows a string of comment columns from Jenkins attacking science. Technically speaking, this should be a spoof article attacking science in the style of Jenkins, but while it parallels some aspects of Jenkins' column, it didn't turn out that way. You can see more details of the response here.

All over London there are "mammoths of tripe." Costing hundreds of millions of pounds, these are "newspaper offices" whose editors pay large sums of money to "interesting" and "cutting edge" columnists. Ask not the value of the tripe these individuals pour out. The columnists jeers at the idea of value. These are outpourings of bile that are justified by the writer's faith rather than any appeal to reason.

No one does it better than self-professed mathematics expert ("I studied advanced maths to 16") Simon Jenkins. Week after week he turns to the fundamentalist columnist's lastest craze of attacking science. Newspapers are crammed with columnists like him - newspapers seem obliged to have commentators who totally lack expertise in the subjects they trumpet with such sound and fury. Only irrational scepticism is admitted in this new orthodoxy, arguably the latest attempt to rebut C. P. Snow's 1950s description of the "two cultures" by denying the significance of science.

Jenkins is shameless. After a brief canter through his distaste for everything scientific we are subjected yet again to ad hominem attacks, total ignorance of the significance of science to society and business, and an agenda that is purely driven by a blinkered, classically "educated" view.

In the end, when we look at these overpaid columnists we have to ask, given what we are shaping up for under the Osborne cuts, do newspapers really need to spend hard-earned money on expensive columnists like Jenkins? There are so many better informed bloggers and other commentators whose opinion is available without charge. I am sure they would be prepared to do a deal to be republished for a fraction of a Jenkins. (Now the official unit of over-payment for a column. There are ten Jenkins to a Clarkson.)

Unfortunately, subject to threat, columnists try to turn themselves into a religion. They believe that somehow they have become supreme beings essential in their own right, not just worth spending money on, but deserving of our adoration - and they believe that they are entitled to take a tithe of the price of our newspapers.

I share Jenkins' glory in the wonder of human opinion, beautifully expressed in words. But it's time we realized that paying extortionately for comment columns, many of them (though I'm sure not Jenkins') run off in half an hour when there is nothing better to do, is a thing of the past. It's time for literary dinosaurs to take their exit with due grace.